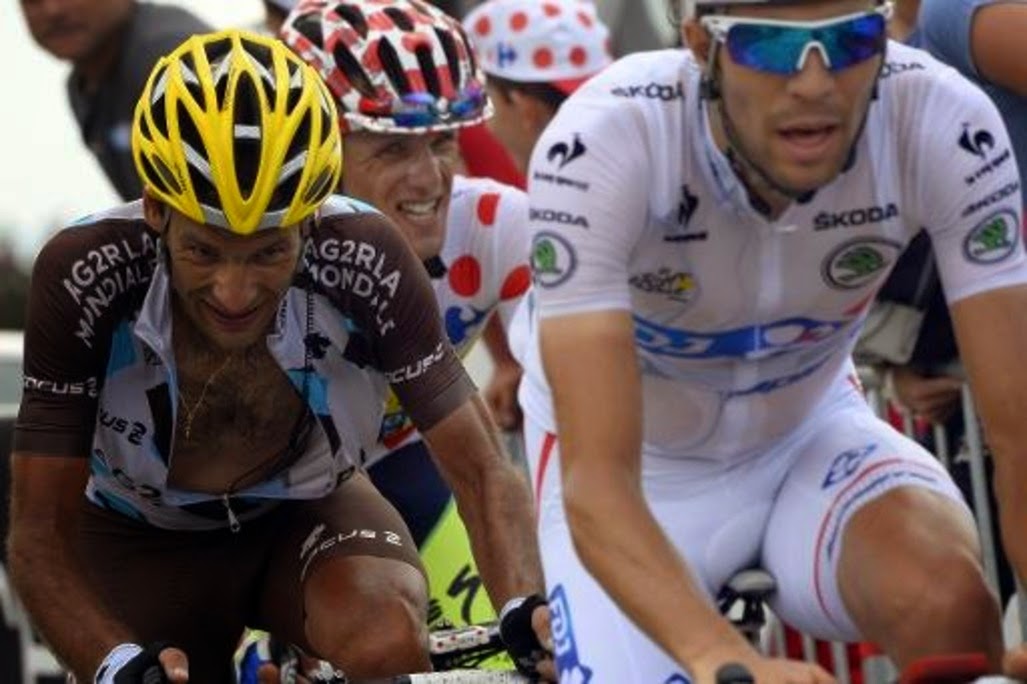 Stage 18 was the final day in the Pyrenees ending on top of the Hautacom. Vincenzo the Shark Nibali looks set to become the overall winner after sealing it attacking on the final mountain winning in spectacular fashion. The race is still undecided for second and third. Pinot (2nd), Péraud (3rd) and Valverde (4th) is too close to call. Only 15secs are separating these guys as it goes right down to Saturday's TT. Of the three, the ageless Péraud (37yrs) is the strongest time trialist and the scale tips in his favor to ride a scorcher of a TT. 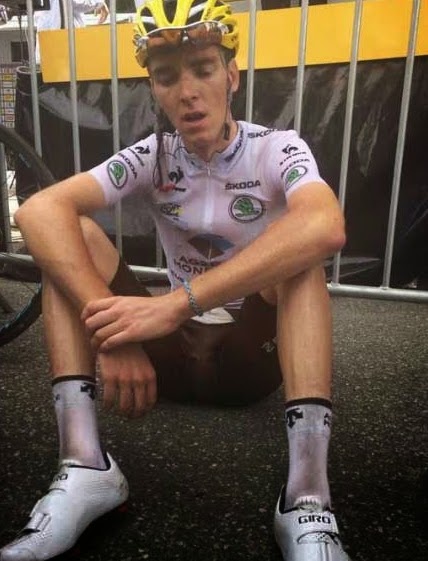 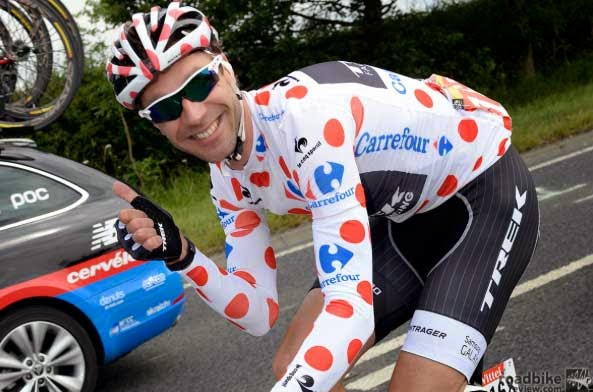 The ever-popular Jens Voigt is glad that his last day of racing in the Pyrenees is over. He's due to retire at the end of this season. I'll remember him for his tireless attacking efforts, on numerous occasions telling his legs to Shut Up! He wrote an article for Bicycling, 'My Last Mountain Stage' that's worth reading. After stage 18s hellish stage he said, " Fuck I'm happy this shit is over!"

However, Friday is a flat stage - a welcome relief for him (and for the rest of the riders). So, will he be in the breakaway?  Oh yeah he will!

Avoiding a possible accident,  Nibali strong arms a fan attempting a selfie. When will folks learn to stay attention? 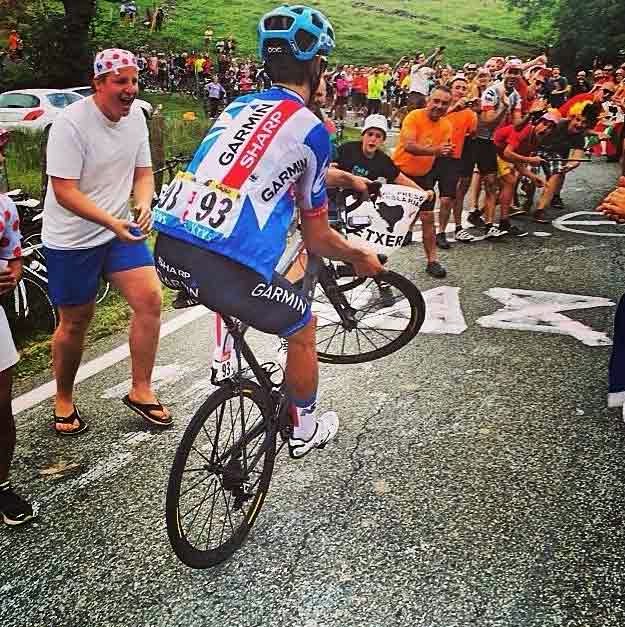 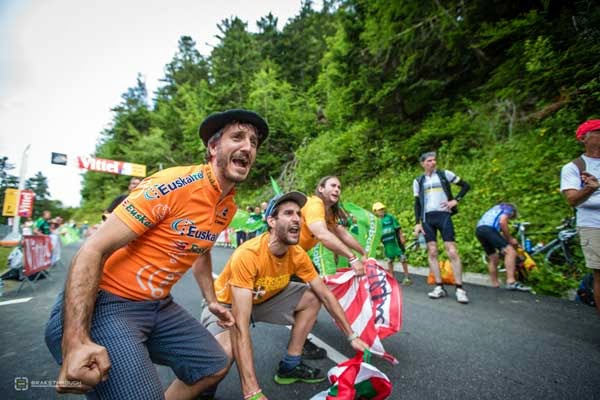 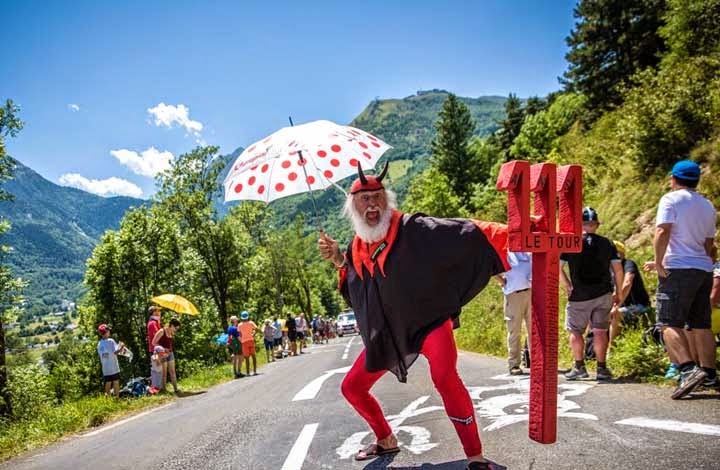 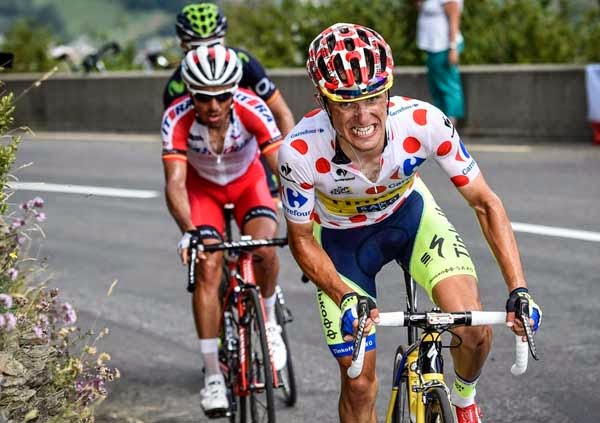 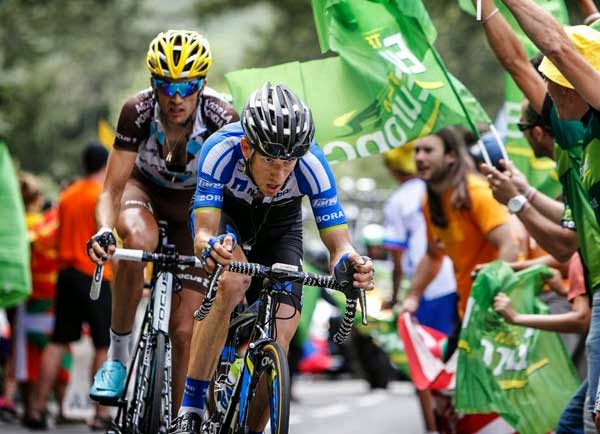 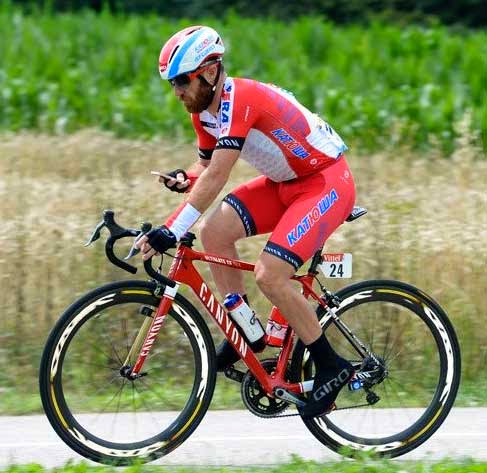 You all remember Luca Paolini was caught using his cell phone on stage 8 by Graham Watson on twitter. Paolini responded with an apology for breaking the race rules, explaining he wasn't texting and emailing but accidentally left the phone in his jersey pocket and was merely turning it off before handing it to the team car. Initially, he was given a warning, but the organizers later charged him a fine of 50 Swiss Francs.

May I direct your attention that a new batch of Café Roubaix custom embroidered cycling caps are now available to purchase here.