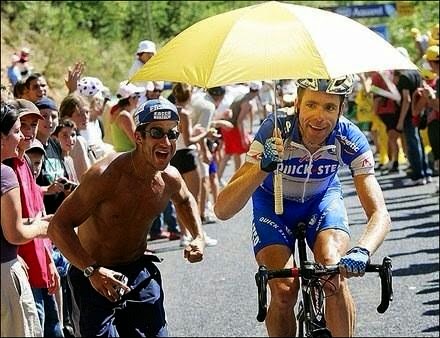 Hot, brutal, high mountains summed up stage 13 finishing up to Chamrousse (Cat HC). Whilst The Shark took a bite out of everyone, he didn't looked too faze by the heat. It was so hot the tarmac was reportedly reaching 50C. Now, I can't find that video of a worker driving a special water truck spraying the roads to cool the tarmac from sticking so here's an post-stage image of Laurens Ten Dam trying to cool off ... 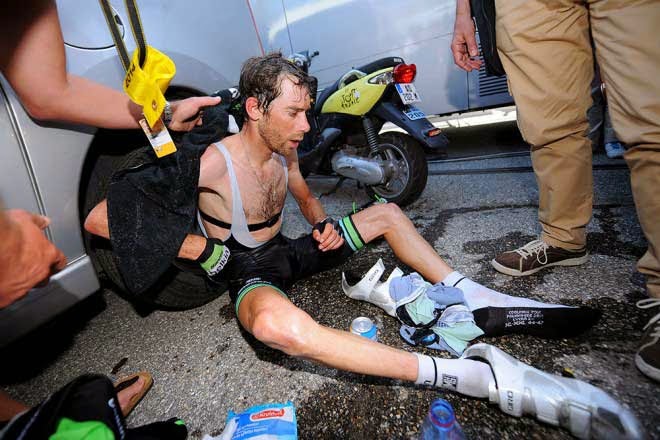 I don't wish to spoil the French applecart but it's good news that Romain Bardet (3rd), Thibaut Pinot (4th) & Jean-Christophe Péraud (6th) are in sitting well on GC. The mountains are welcome territory for these guys and I like the long attack from Pinot with 12kms remaining. Let's hope these guys hang in there and come up with the goods in Paris. Allez les Francaises!

I suppose Peter Sagan can find some solace in the fact that he may not win a stage but know he will secure the green jersey. Sean Kelly, during the 1989 Tour, won the green jersey and no stage wins... 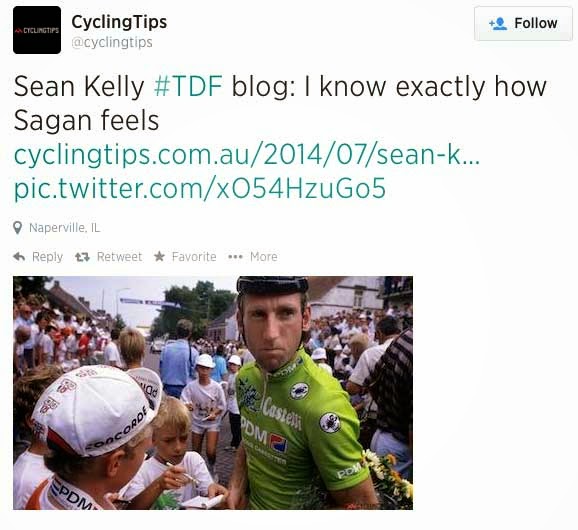 Finding time to ride and relax... 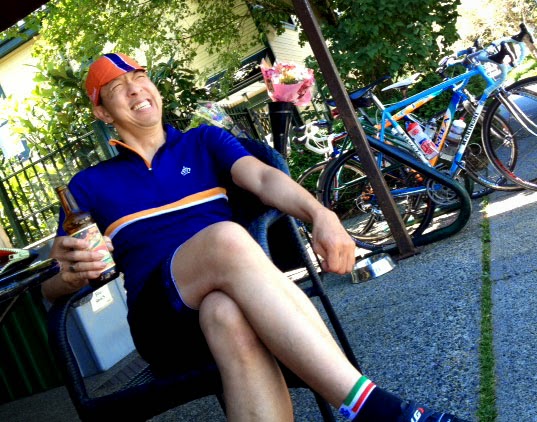 Yes it's true. I'm finding time to ride - in between creating custom cycling caps and watching Le Tour. Last Tuesday, on a hot (30C) ride with Mario and Brian -we rode over to scenic Stanley Park, UBC and to a pleasant, covered outdoor cafe outside of Chinatown. No, it's not beer that I'm cooling off with but a root beer and showing off my cool Ultrecht jersey from Road Holland. And to complete the ensemble,  I'm wearing the custom cap we made exclusively for Road Holland (you can read the story here).