Cadel Again & Beating Back the Dog Day(s) Of Summer!

Yesterday's ride with the Frfuggitivi group went without a hitch ...until I discovered a slow leak in my rear tyre. Fortunately, I pumped some air into it and limped home and discovered a shard of glass embedded in the tyre. I quickly replaced the tube with a new one and watched in amazement how   Cadel Evans took advantage on the final corner of stage 7 into Park City. He blew by the four-rider lead group: Wilco Kelderman, Tom Danielson, Winner Anacona and Chris Horner to win his second consecutive stage. Tom Danielson along with his Garmin-Sharp team continues his masterly control winning for the second consecutive year.

"His tactics in the last two corners caught us all off guard. It was beautiful to watch - and painful at the same time."

Watching the video with 5kms remaining, Evans looked fearless descending - like he dropped out of a airplane to catch the lead group. With the upcoming Vuelta on August 23, Evans looks ready to challenge for the overall.


My way to beat back Sunday's dog day of summer ... 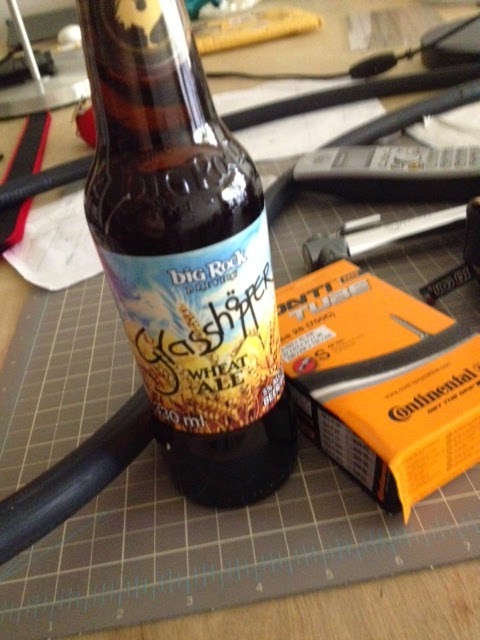