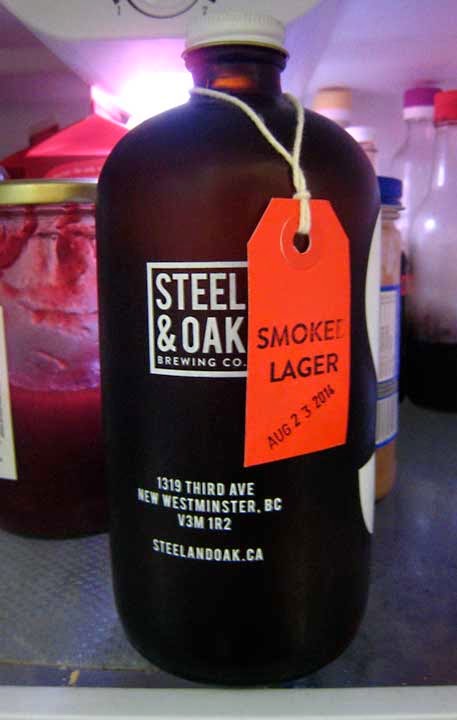 In the fridge: my therapeutic elixir courtesy from Dr. FRFuggitivi
photo Cycling Art


Although I'm convalescing from my injured achilles tendon, I'm happy to have sound advice from my 'doctors' of FRFuggitivi. I was pretty gung-ho and over trained for last Sunday's Eight Bridges Ride... and I payed for it injuring myself. Two furious back to back rides of 65 kms did me in. But the comforting support was very much appreciated... 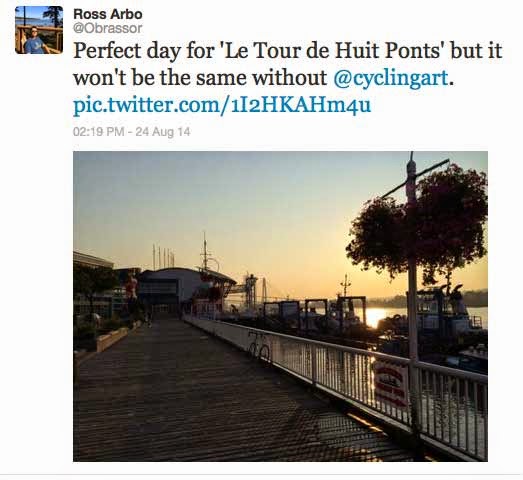 On Sunday, I missed the Eight Bridges 145km Ride but afterwards we all got together and enjoyed the post-ride BBQ chez Curtis. Guy gifted me with the proper elixir (see above) and since then I have enjoyed it and believe it's working on helping my injured tendon. I'm also taking the sound advice to heart from John (he's a ER nurse) to rest it as it may take another week or so to shrink back the tendon. That means no riding... curses. 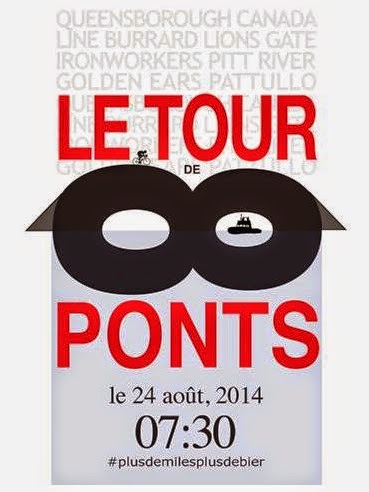 It was a fun BBQ as we all got to meet the spouses, enjoy therapeutic beverages and to see everyone in non-cycling attire - a rare moment. Notably, Ross' Belgian Treple (10%) quenched my taste buds. Curtis won the KOB prize of a cycling cap and inner tube wallet courtesy from Red Dots Cycling. He also won the 'cheesecake award' for having ridden over an amazing 6000 kilometers, so far, this season.

Carolle and I had a great time and we hope it will be the start to many more FRFuggitivi BBQ's! 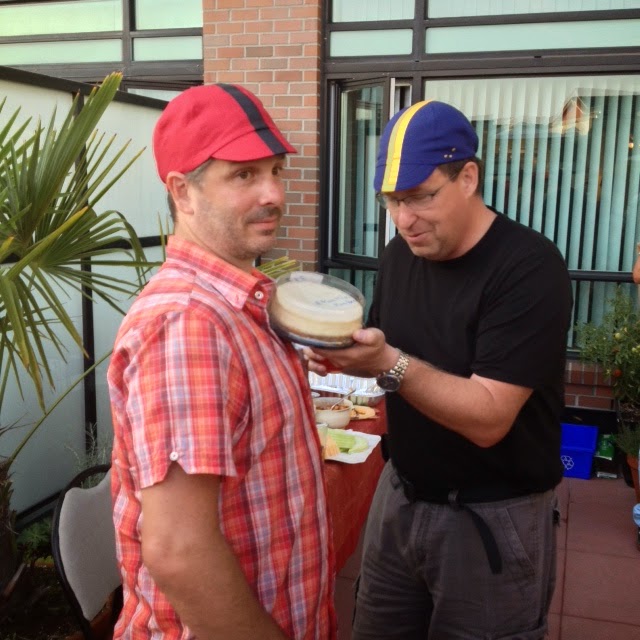 A wishful Brian (right) missed out on the cheesecake award...
maybe next season?
photo Cycling Art 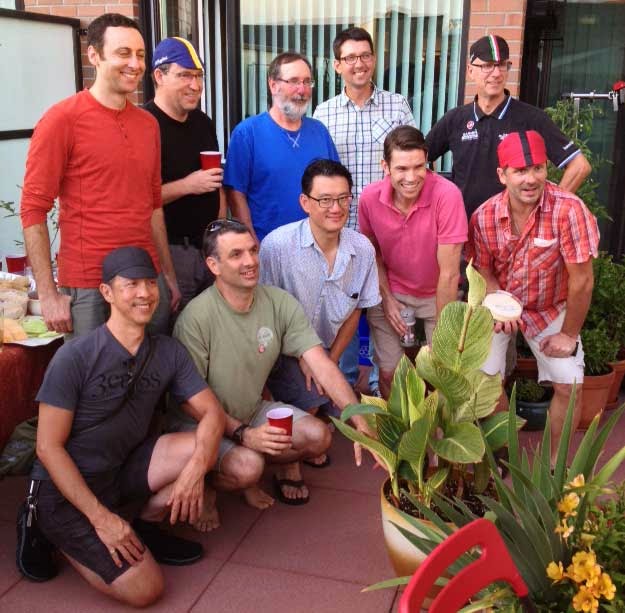