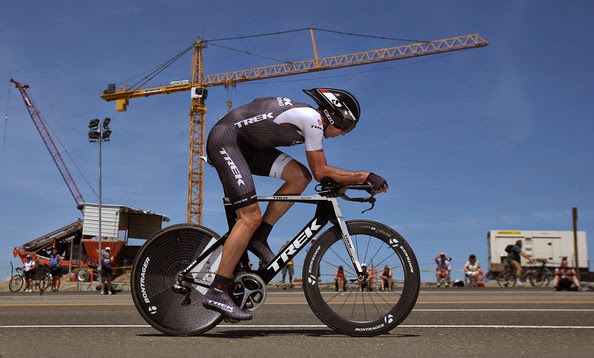 
Hard to believe Jens Voigt will ride retire after the USA Pro Challenge. I won't believe it until it happens but, of note, here is the quotable Jensie in fine style...

"I'm obviously a big fan of the idea that you are in control of your own destiny. You are the master of your fate. I like that I decide when I'm going. I want to stop in good condition. I want to put on a show one more time, still feeling good, strong, still feeling part of it."

He said he knew it was time after a 'conference call' with his legs, head, and body, in which all key elements told him they had one last season left. "I'm going to stick with that promise. I also think the other riders are ready to chip in money to make me go away. I think they have had enough of me."

"I have a pretty good fan base in the U.S. ... and I wanted to entertain my loyal U.S. fans one last time. I hope to have freedom to do one of my stupid breakaways, one last time. It's Colorado, it's the race, the whole package. When we come to Colorado, the team has breakfast together, a BBQ, a sausage on the grill ... there are so many things to do here, I wish I could go mountain biking or hiking on the trails here. Being here gives you peace of mind. It's good for the soul."

Attacking with confidence...
Love Jens for his panache... especially at 1:30