Nagasawa Fixie Hipsters & The Ramdomness Of Our Ride 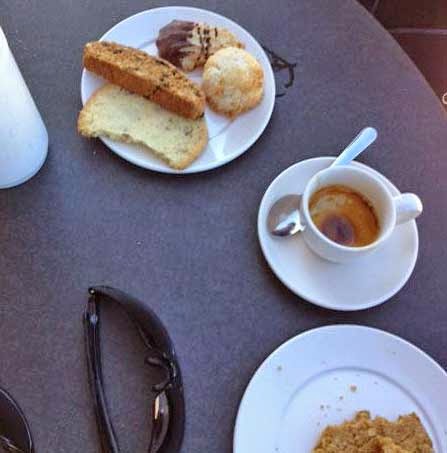 
It was another hot day (30C), this past Sunday as John and I decided to re-tackle Whytecliff Park in Horseshoe Bay. John and I wore our Go media jerseys and ventured to West Vancouver to Caffé Al Mercato. I want to thank John for making the effort riding out from New Westminster to pick me up on my side of Vancouver. So off we went in good spirits through Stanley Park and over the Lions Gate Bridge to West Vancouver before a beautiful day.

Caffe Al Mercato is quickly becoming one of my top favorite coffee stops – it has a high FRFuggitivi approval rating. Why? It has excellent espresso that go well with their delicious $1 baked goodies. And, it has a huge patio for many cyclists to stretch out on. But the enjoyable thing about going out on rides is the randomness of events. The cafe was busy and I found a table for John and I but there was one cyclist looking for place to sit. We're all about cycling camaraderie and also nice guys too, so is the ethos of Frfuggitivi. John invited him to join us. 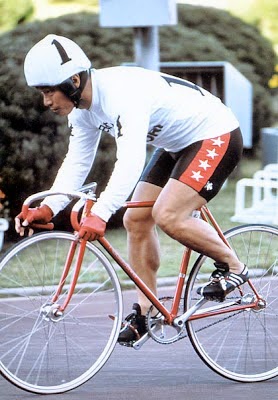 The ultimate in Keirin cool was Koichi Nakano,
who rode Nagasawa bikes.

His name was Stefan and he was just finishing his early ride (to avoid the heat) and settling in for a post ride snack and interestingly he talked about his trip to London. He mentioned that it was hipster fixie nation where many hipsters roll on very expensive frames. Such as Nagasawa frames from Japan, which can run up to about $6K apiece. Apparently, Nagasawa makes frames only for keirin riders in Japan and affluent buyers. To acquire one of his coveted legendary steel frames, one must go through a supplier that sells his frames. A worthy but pricey proposition. But as interesting as the conversation was going it was time for us to ride on - we thanked Stefan and carried onto Marine Drive.

To get to Whytecliff Park, we must tackle a series of undulating short steep climbs with breathtaking scenery. John said he wanted to move there. I would do the same in a heartbeat. Unfortunately, we don't have the huge amount of capital to afford any of the ultra rich properties there. And I didn't have time to stop to take pictures, I was enjoying the ride way too much. It's probably the first time ever that I imagine myself as a puncheur. Those riders who specialize in rolling terrain with short but steep climbs - ie. Peter Sagan or Philippe Gilbert. Of course, in real life I'm not. Once we reached the park we encountered a couple of cyclists, who we passed along the way, and one was bold to asked us, "Does your jersey say 'Go Diaper'?"

She actually caught me off guard. I quickly flashed my Go Media jersey at her and thus debunk her claim. 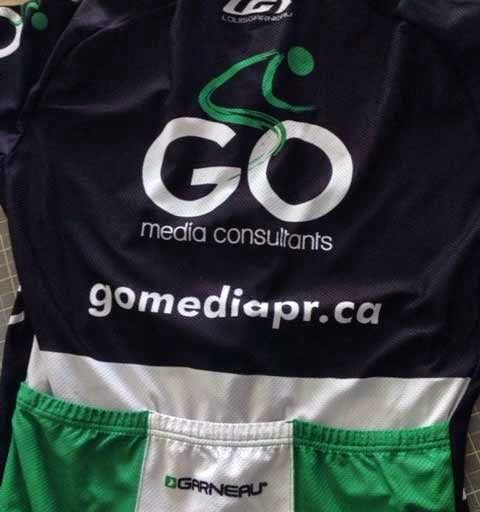 Such is the randomness of this ride.

This was our turnaround point and as we rode back into Stanley Park it was close to noon, hot as hades and sadly we encountered a traffic detour. We forgot it was the Pride parade and to make matters worst all the major roads were off limits and it was packed with humanity (reportedly a-half-a million). So, John and I ended up riding through the downtown core right up the ridiculously busy Georgia street. Hemmed in by bumper to bumper traffic and by the enormous crowds, I felt like a bike messenger. We finally made it through, got on the Georgia Viaduct, John headed towards New West and after 66kms - I was home.