Jens Voigt: The Magic Hour... His One Hour Long Attack 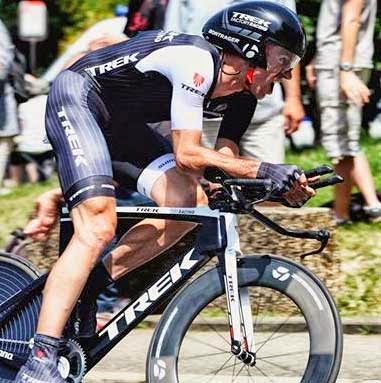 I'm as surprised as everyone of the announcement that Jens Voigt will attempt the hour world on September 18th. The iconic and near mythical hour record was first set in 1893 by Tour founder Henri Desgrange - 35.325 kilometers. Ondrej Sosenka holds the current record of 49.7 kilometers. If there is one rider, that has proved time in again, that his attacking style holds every ounce of worth... it is Jens Voigt. He'll come out of retirement and go for the 'Magic Hour'.

This will be his one hour long attack, it promises to be yet another memorable moment for Jens Voigt... and for us fans.

“This is a huge project and probably it’s going to come as a surprise for many people. Everybody knows that Fabian (Cancellara) was working on it together with Trek, so when he decided to re-assess his plans because of the rule change (to allow pursuit-style bikes) it sparked my interest. We have been doing some discrete tests in the velodrome in Roubaix prior to the Dauphiné and we believe that I have a fair chance.”

“It’s a fascinating event: it’s super hard, but it’s a great discipline. Man and machine against the clock. A lot of logistics comes in play: when, where, how, etc. But I didn’t have to convince anybody: both Trek and our GM Luca Guercilena were all exited when I told them about my idea. They gave me a lot of support. Luckily we could use some of the blueprints that were being drawn for Fabian, so we kind of hit the ground running.”

“I look at this as one last present for my fans. I want to give them something to smile about - before the final curtain falls. But also: I want to do a good performance. This is not a circus act. The ‘hour’ has lost some of its magic over the last years. Maybe my attempt could kick off a new round of hour-record attempts. I could establish a mark for everyone to give it a try. Make a bridge, you know. I raced against Boardman, Indurain and Sosenka. And I’m racing with Fabian and his generation. If I make it, it would be sandwiched between those names. I can pave the way for them. I have no illusion to keep the record once Fabian and other specialists start having a go. But I kind of like the idea of telling me grand children about it, when they sit on my lap when I’m 75.”

“Trek developed a really good bike for me, based on the super fast SpeedConcept, and we did some testing with different skin suits, helmets, positions, etc. I’m training very hard for the attempt. I have the Tour de France as a base layer and then I did some altitude racing in Utah and Colorado. My near-win in Colorado Springs, where I was caught with 700 meters to go, was a good reference in terms of power output. I basically was out there for one hour by myself. I had this attempt in mind that very day, besides taking the stage, of course.”