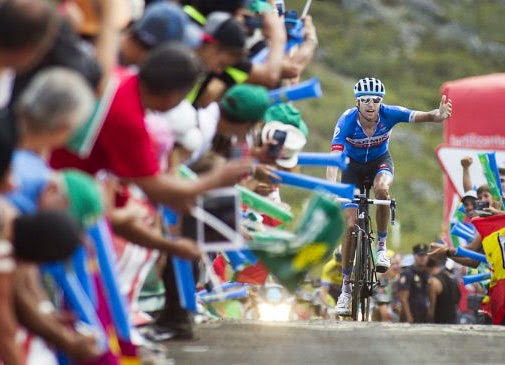 La Vuelta heats up today with a superb and fitting stage win for Ryder Hesjedal. He kept his powder dry and waited with less than 200 metres to pass Oliver Zaugg (Tinkov Saxo) to grab the win. The final 2kms was damn steep up to 18% with some riders starting this day on compacts or 39 X 30 gearing. It was so steep, at the finish line, Hesjedal wanted to celebrate and almost fell over as he tried to raise both arms for a victory salute. What made me extra happy with satisfaction was the fact that Hesjedal silenced his critics of the unfounded suspicions about a possible motor in his bike.

Damn exciting day of climbing and credit goes to the organizers
for creating this stage! 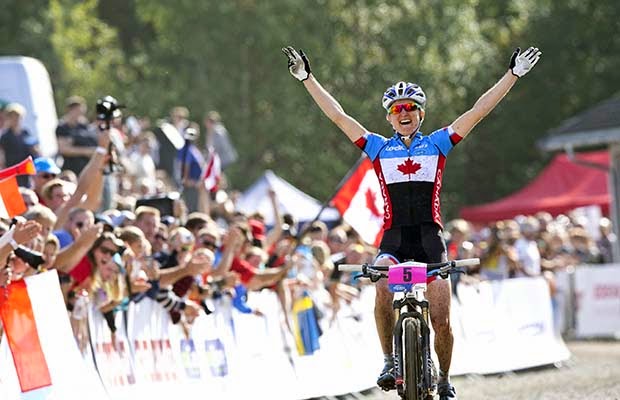 
Today was another huge Canadian double as Catharine Pendrel won the World Mountain Bike Championships in Hafjell, Norway. Pendrel is a dominating tour de force finishing alone just like she did winning the Commonwealth Games title in Glasgow. This is her second world title, her first in 2011 in Champery, Switzerland. Golden again! 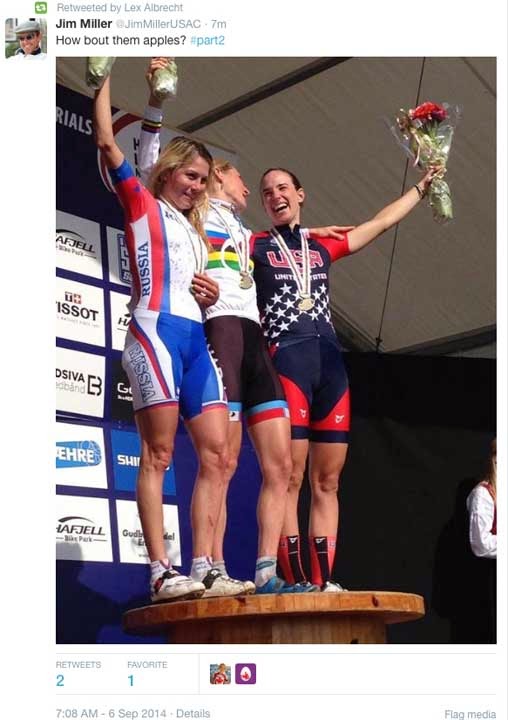