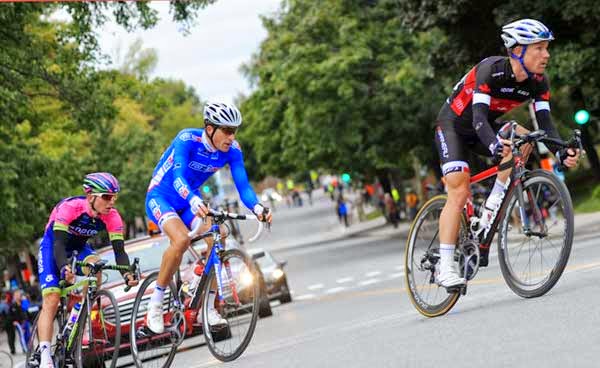 In the breakaway for most of the race...
Canada's Ryan Roth flashes his brilliance.
via steephill.tv

All eyes were on the amazing and textbook performance by Orica-Greenedge delivering Simon Gerrans to a consecutive victory at the Grand Prix Cycliste de Montréal on Sunday. I watched most of the exciting race online, enjoying the insightful commentary by ex-pro Gord Fraser. The sights and sounds of Montréal always has a warm spot in my heart, I lived there in the late 90s. The Québec races is the perfect world tour platform for our aspiring young homegrown cycling talent. Steve Bauer is the Canadian team coach and comments how well his young charges performed along with some of the top riders of the world. A very good performance by the team and with further nurturing... a better future awaits. 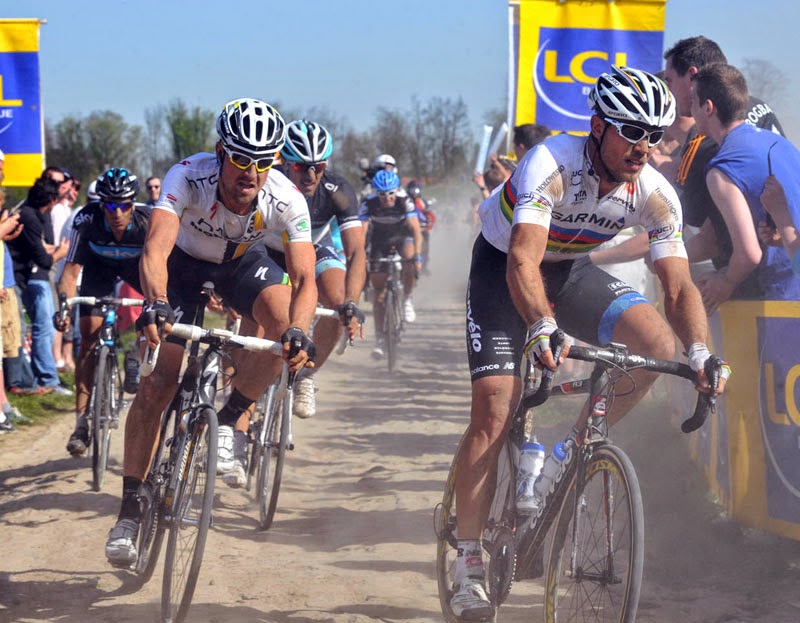 
Word from Brian Smith of MTN-Qhubeka has it that they are trying to lure Thor Hushovd, planning to retire at the end of this season, to ride for them for Paris-Roubaix. Interestingly, MTN-Qhubeka has beefed up and internationalize their 2015 squad with Matt Goss, Edvard Boasson Hagen, Tyler Farrar, Theo Bos and possibly Stephen Cummings. We haven't heard much from The God of Thunder. He crashed during the Tour du Poitou-Charentes and will not ride the upcoming World Championships.

“I’ve been talking to Thor Hushovd for the last couple of months and trying to get him to stop his retirement and go for Roubaix for the last time. He said to me that he wouldn’t, but I think that he might be in the car watching his Norwegian friend win a classic next year. Maybe not as a directeur, but more of a consultant.”
- GM, Brian Smith MTN-Qhubeka