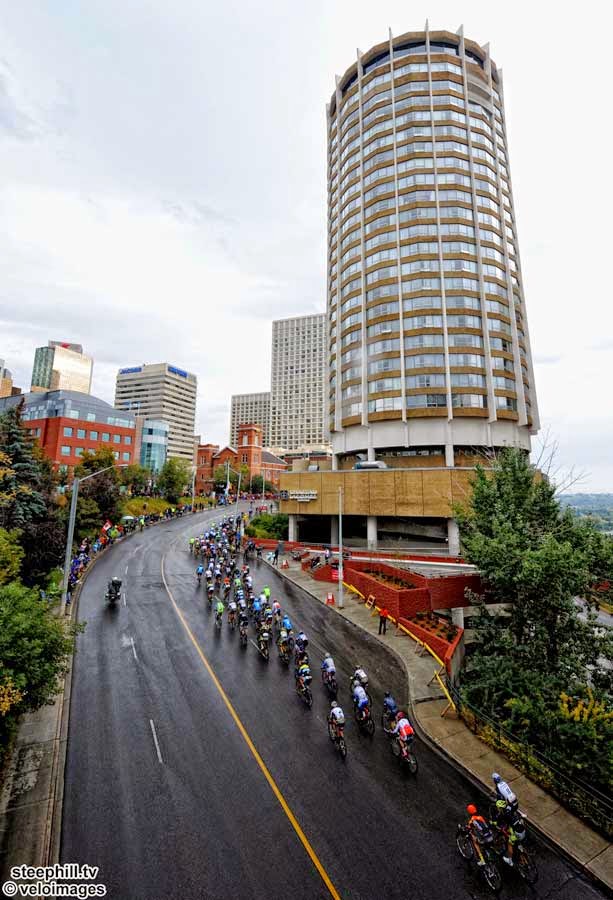 Growing up in Edmonton, I never would have thought of riding up Bellamy Hill. It's very steep and dangerous as a sinewy road with many potholes. In fact, it's not very safe to ride up on. I was amazed and glad it was included on the final rain soaked stage of the Tour of Alberta. Edmonton roads are well known for the numerous potholes. I wasn't surprise when a few riders fell into one. Gruelling still the rain fell that made the roads extra treacherous for the riders except for one...

Daryl Impey negotiated the course winning the exciting stage, picked up 10s bonus to win the overall. A vindication for Impey as a last addition to the Orica Greenedge team, coming back from a recent doping charge and beating Tom Dumoulin by 1 second. Top Canadian goes to the consistent, Ryan Anderson finishing second on the stage and 5th on GC. This is by far the best edition of this race and next year promises to be even better.

Race organizers announced a new prologue in Grand Prairie and a mountain stage in Jasper.

Time for a trip back west.