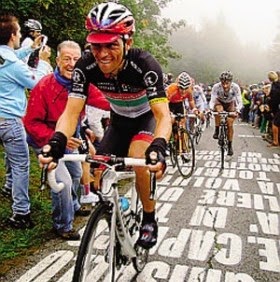 Last Monument of the season: will
be a cracker! 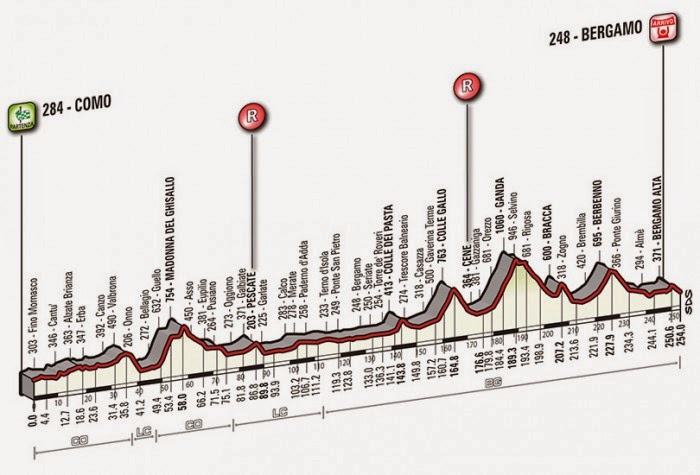 Friday File: Who's going to win the final Monument of the season?

Organizers are billing Il Lombardia as a 'secondary world championship'. Now the iconic race is revamped; the Madonna del Ghisallo climb is earlier on (the small church that sits at the top of the climb will be passed by the riders only once). The most intriguing will be the stinging climb up the Passo di Ganda, then the Berbenno and the short climb to Bergamo Alta (5 kms remaining).

Purito Rodriguez is a huge favorite to do the triple. This choppy, hilly course certainly suits his attacking style and really no surprise if Purito lights up a win on Sunday. Serious contenders stand in his way; the ever surprising back from a broken leg Alberto Contador, Alejandro Valverde, and the newly minted world champion Michal Kwitakowski and I'll throw in two-time winner Philippe Gilbert, Fabio Aru, Dan Martin, Tony Gallopin, Thibault Pinot and young climbing ace Adam Yates make my lengthy list of favorites to go for the final Monument. 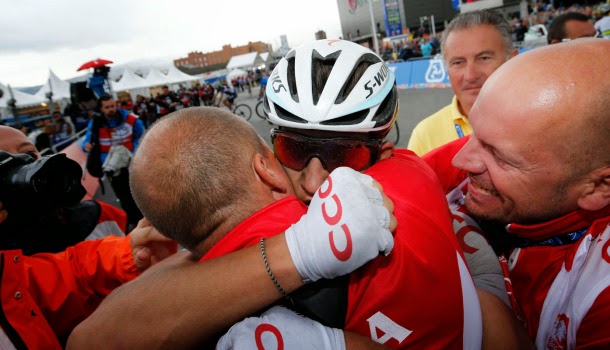 Always a surprising and refreshing winner at the world championships!

Michal Kwitakowski is an amazing rider, along with a surprising Polish team beat the traditional nations to win the world championship. I wasn't expecting this outcome as my bet was on the Belgians, Spanish or Dutch to produce the winner. The world championships always produce a surprise and the worthy winner is Kwitakowski outsmarting the stronger nations. But his sitting up close to the line made me think that his celebratory gesture was too early. It was very close from the fast charging pack or was it the foreshortening from the television camera lens? The young Pole has many talents: great at time trails, one-day classics and stage races. He won this season's Strade Bianche, third in LBL and Flèche Wallonne... to cap off a stellar season would be to win Sunday's Il Lombardia in the rainbow jersey.

Katusha fire their guns a' blazing during the Milano Torino, considered as the warm up for Il Lombardia. Four of the top seven were the guys from Katusha. And, Purito happily working for Giampaolo Caruso... finishing a solid fifth.