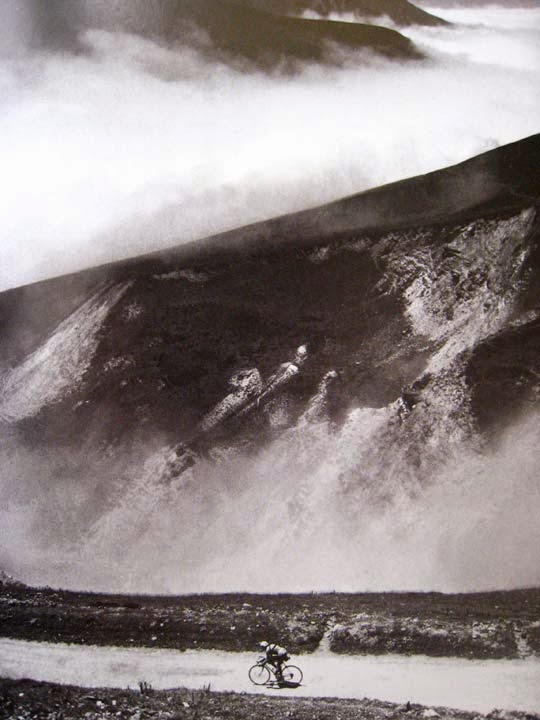 Three new ascents were included; Alpe-d'Huez, Sestriere and the Puy de Dome. Doing damage on all the riders except for one... Fausto Coppi. Il Campionissimo won by almost half an hour taking all three summit finishes - Alpe d'Huez, Sestriere and Puy du Dome with confidence. Coppi was in a race of his own. This is a fantastic image of Raphael Geminiani on the Col du Tourmalet, 1952 Tour.

Col du Tourmalet: Introduced in 1910, first rider over Octave Lapize. At the top of the Tourmalet is a memorial to Tour director, Jacques Goddet and a large statue of Octave Lapize. Located in the central Pyrenees. Elevation: 2,115m