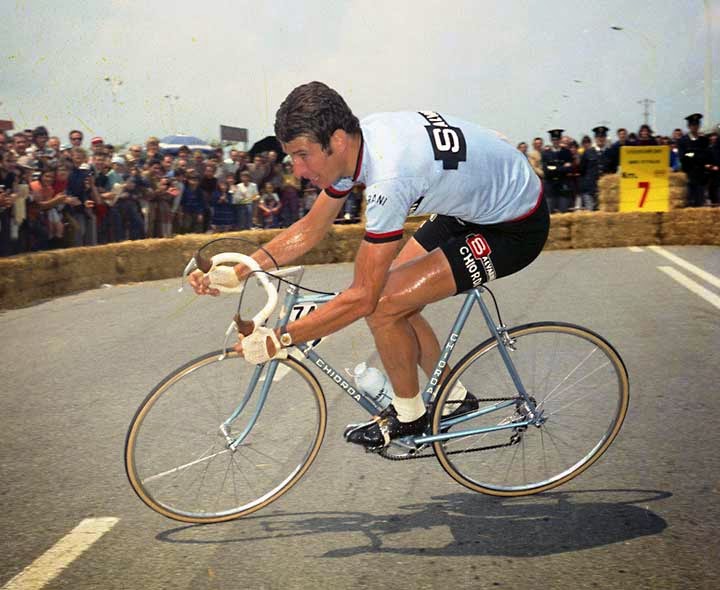 
In my opinion, Felice Gimondi is the finest Italian cyclist of the modern era. Felice Gimondi was elegance personified, as the complete Italian rider capable of winning all the important races. He took the sixties by storm, swinging in the swinging sixties. His 1960s palmares were electric: classics and 3 Grand Tours. During the early seventies he encountered, along with the rest of the peloton, a road block called Eddy Merckx. His wins declined but he returned to greatness in 1973. I recently discovered two nicknames that suits Gimondi to a T; The Aristocrat (elegant form on the bike) and The Buzzard of Bergamo (ruthlessness speed when he attacked). And, may I add... ll Campionissimo of the modern era.