Friday File: Getting Ready to let 'er rip & All aboard the Red (Cofidis) Train & Eddy Merckx and Faema 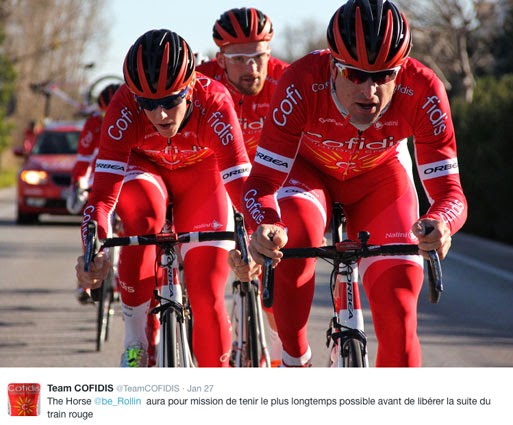 Translation: The Horse @be_Rollin mission will be to hold as long as possible before releasing the sequel to the red train.

Spring is in the air. Ok, it may only be January but here's further encouraging news coming from Team Cofidis.

That old saying rings so true, 'Spring brings renewal.' And many riders are optimistically honing their craft for the upcoming season. One rider I'll be following is Dominique Rollin aka The Horse. The Quebecois last raced with FDJ in 2013, without contract in 2014, returns on Nacer Bouhanni's led Team Cofidis red train. One of the fastest men on planet cycling is Nacer Bouhanni and it's refreshing the Team Cofidis has a new look. The French Professional Continental team signed the talented sprinter to boost up it's win account and earn wildcard invitations. In fact, it already received confirmation that it will race the Tour, July 4 to 26.

The new lead-out train: Cyril Lemoine, Jonas Ahlstrand, Adrien Petit, Geoffrey Soupe and Dominique Rollin. Here's a revealing outline of how their lead-out train will ride - from their Twitter feed:


For starters, @CyriLemoine will be responsible for imposing a big pace ahead of the pack
– “Sparrow” will be followed by @be_Rollin, who will increase the pace further and lead the sprinters.– The Horse @be_Rollin… His mission will be to keep the pace as long as possible before releasing the rest of the red train.– He will transfer it over to @JonasAhlstrand, team newcomer and first lead-out man– Our bison @PetitAdrien62 will take over for the the final kilometre– After Adri, our last lead-out man @SoupeG will launch @BouhanniNacer into orbit.– Dropped to 200m, we hope @BouhanniNacer will sprint for the win.

Formidable but 'The Boxer' Bouhanni will encounter resistance from his competition: Greipel, Kittel and Cavendish.

It's gonna to be fun to watch the upcoming sprint battles... the new red train is getting ready to let 'er rip. 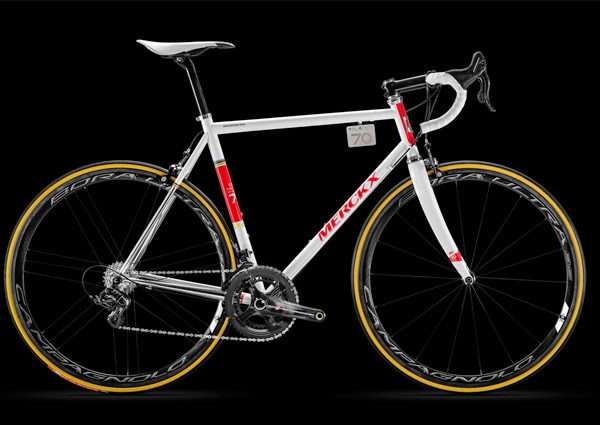 Eddy Merckx Cycles launches a new Heritage collection starting with the upcoming EDDY70 bike. The great rider will turn 70 on June 17th and this steel bike will honor him with only 70 bikes produced. If you are wondering of the design and color is from Eddy's glory years with Faema (De Rosa made frames). That's where it stops...

"Everyone knows that I always obsessively focused on the equipment that I rode on. That is still the case now. And as a result, I wanted only the best and most modern components and materials for this bike. The aim was absolutely to make a high performance, contemporary racing bike and not a replica of my old racing bike." 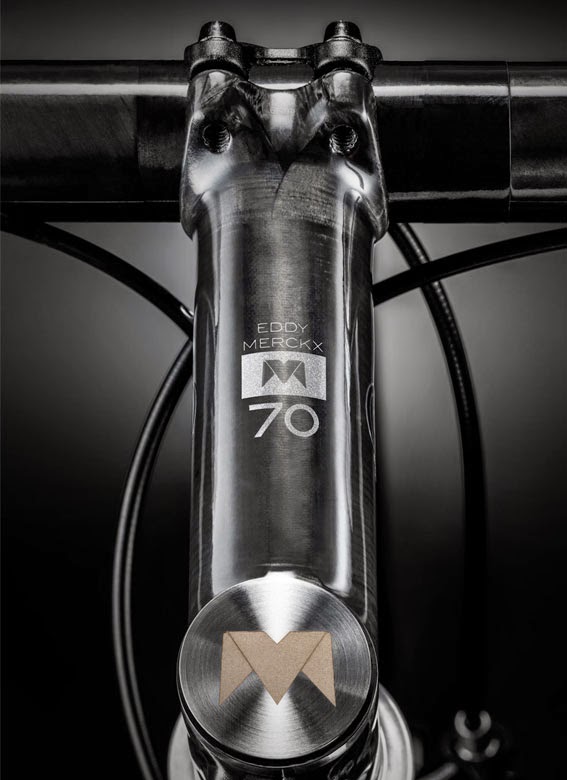 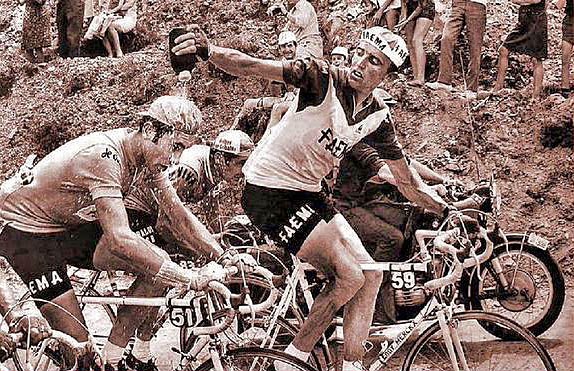