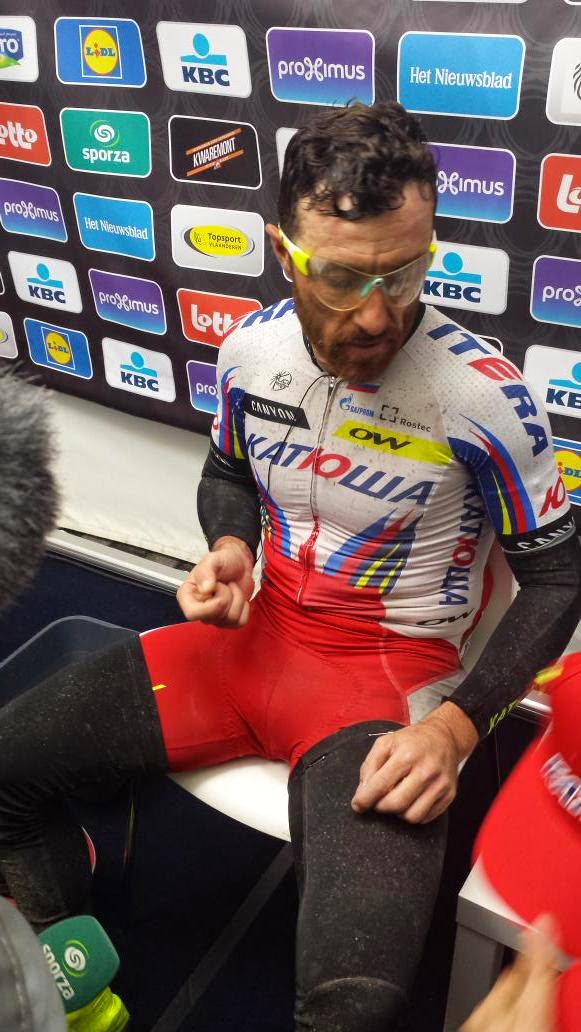 Post race...
Believe it, he wore his leg warmers over his shorts. A new
fashion statement?


Due to yesterday's deluge of dreary rain I cancelled my Pacific Populaire 100km ride. I admit I'm not fond of trying to enjoy four plus hours of riding in the cold rain. Especially soggy cold hands and feet are not my idea of fun. Our FRFuggitivi group was splintered and most chose not to ride except for Curtis who did and clocked a time of 3 hours 46 minutes. I crown him our Flandrian and congratulate him. So, saving myself from certain hardship and misery I stayed in and had copious amounts of coffee and happily welcome the Flandrian misadventures of Gent Wevelgem.

Yesterday's Flemish classic was incredible to watch and one of the harshest and amazing editions in some time. For the riders, surely the toughest, battling 60kph winds and Flemish rain. The final tally; 39 finished, 160 abandoned. And on a serious note, Edvard Boasson Hagen suffered a broken clavicle and he's force to miss the upcoming Tour of Flanders and Paris-Roubaix. Bradley Wiggins gave up and dropped out early - better to save himself for L'enfer du Nord. And, further frustration this time for Jack Bauer, just after the feed zone (66km) his musette bag or jacket gets stuck in his rear wheel and... 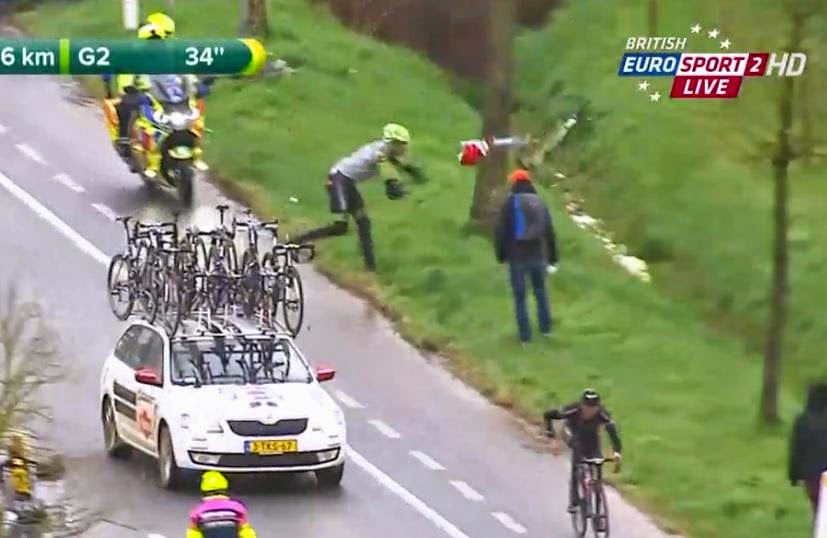 Here is Geraint Thomas literally been thrown off his bike by a gust wind, remounted, rejoined the leaders and bravely finished in third place... 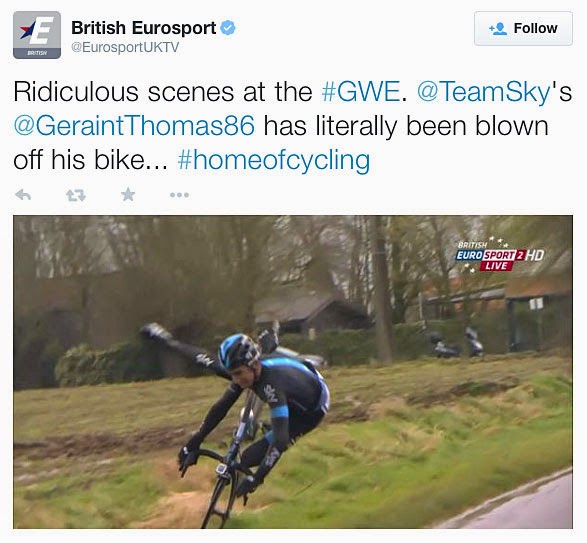 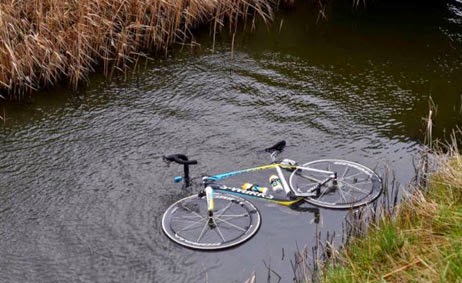 Earlier in, the wind gave the riders fits and forced them to try to form echelons...


Gutsy Jurgen Roelandts steps into a certain pantheon of heroes deserving Belgian beer for life for his 50km escape in difficult conditions. With 20kms remaining he was passed by the chasers and eventually finished in a stellar seventh place. 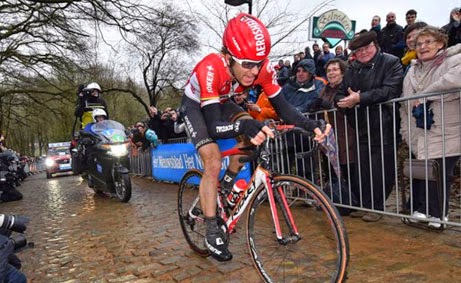 Luca Paolini, at 38, was the wily one of all attacking with 6km remaining, going at the right time while the others were watching one another and winning a outrageous and stunning Gent Wevelgem!

A Flandrian win: one for the old guys... 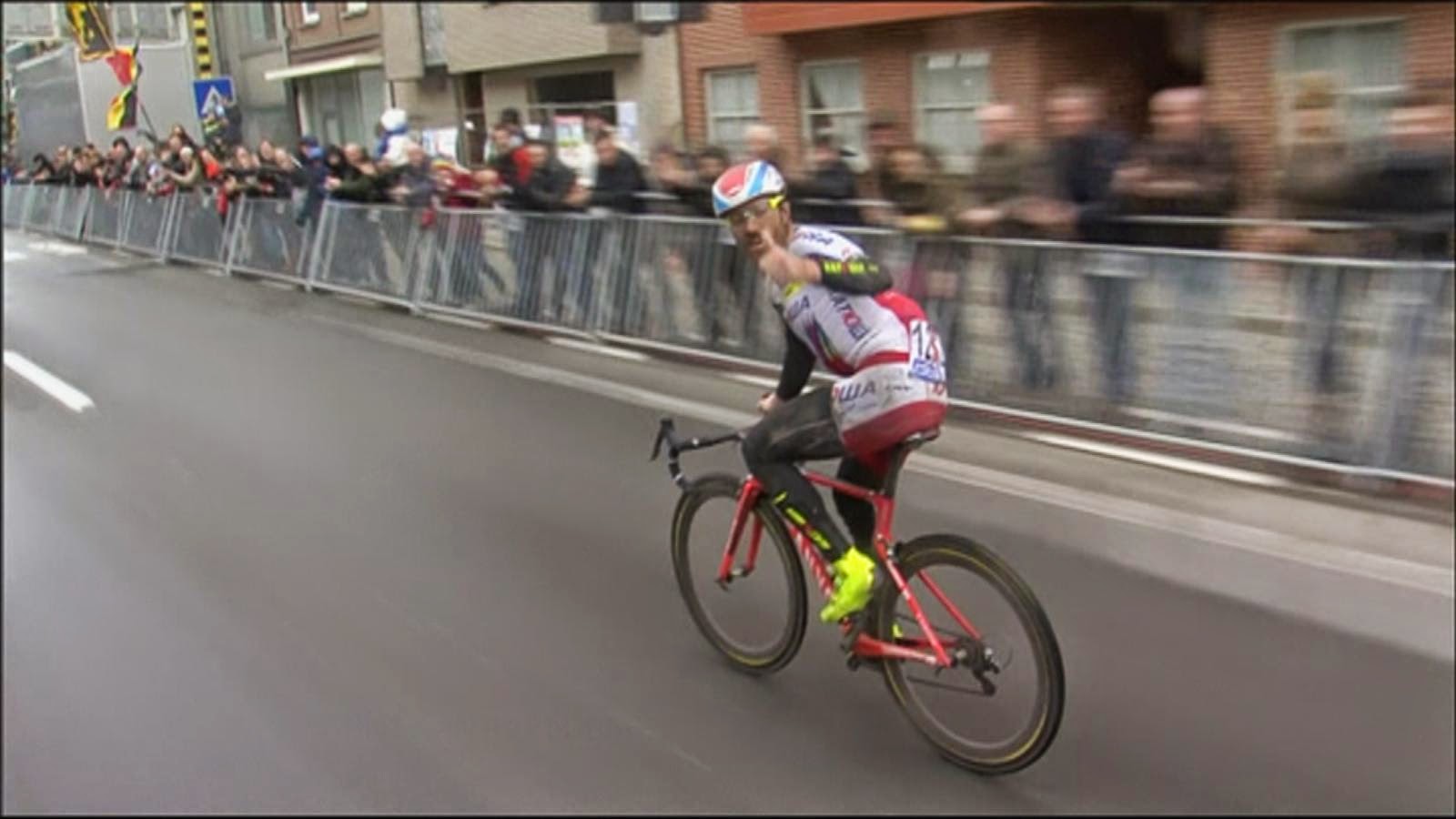 'This victory is one for heart, courage but also intelligence.'
- Luca Paolini