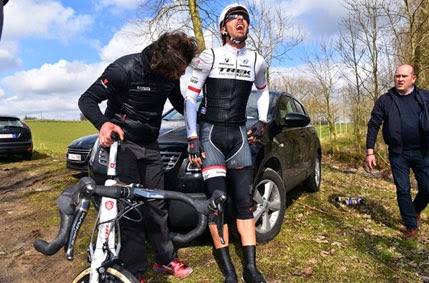 
Todays' E3 had it's share of crashes and spoiled the race for some of the favored riders; Lars Boom, Greg Van Avermaet, John Degenkolb and Fabian Cancellara. Notorious as this race is, Spartacus' Classic season seems over as he joins Tom Boonen on the sidelines. Fortunes for Geraint Thomas as he took the wind out of the sails of the breakaway group to win his biggest single day race of the season. It wasn't Peter Sagan's day for a repeat but I'll give him another chance for redemption in Sunday's Gent Wevelgem. 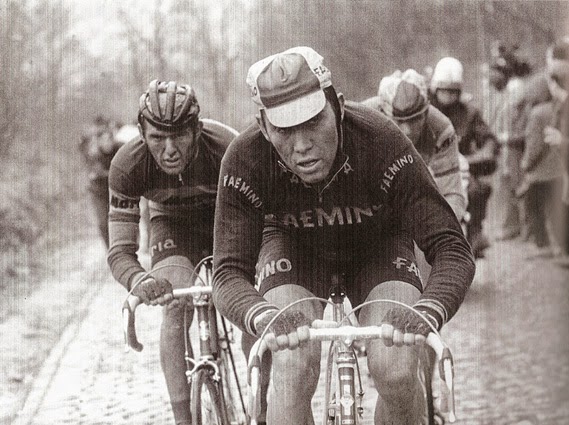 The Cannibal survives to win the 1970 Gent Wevelgem 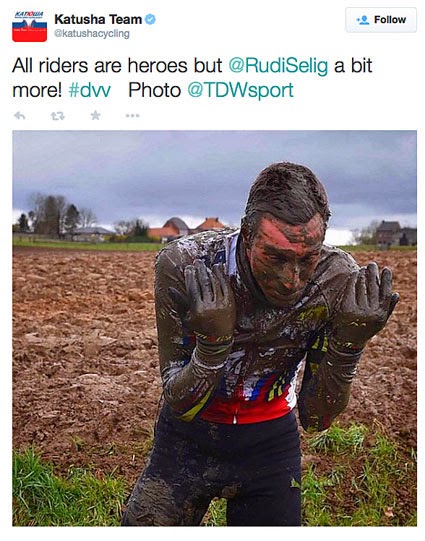 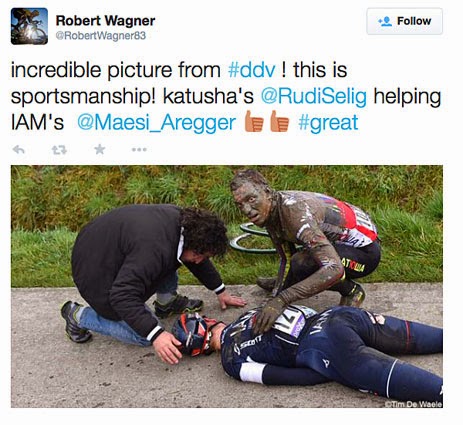 Another stunning finish in MSR, John Degenkolb rides into history... 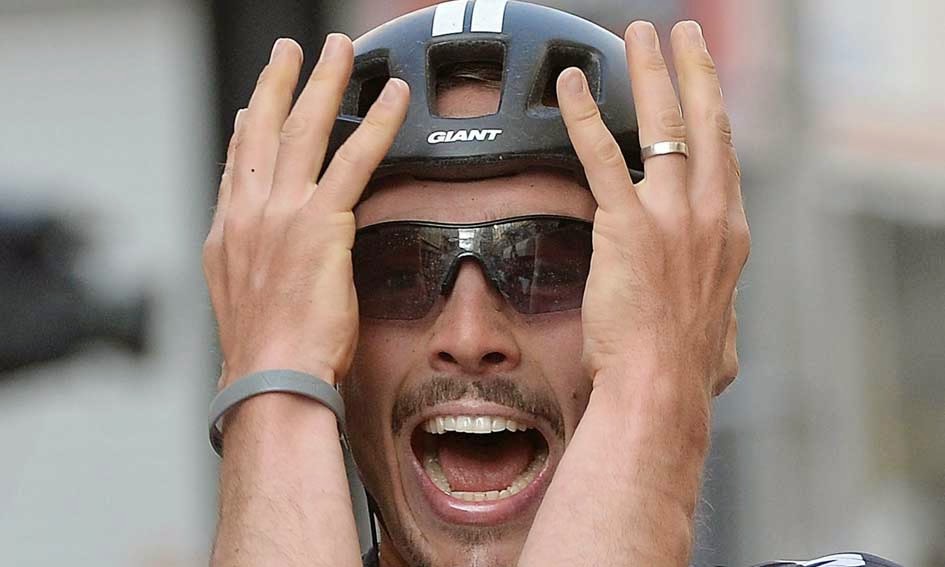 Marinoni, the film returns to Vancouver... 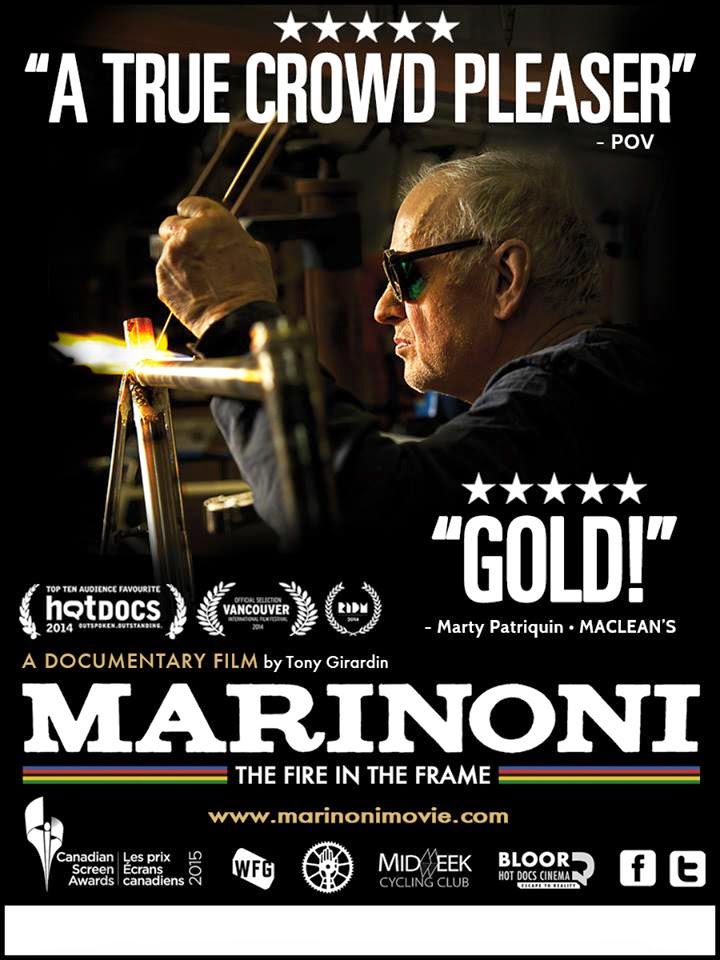 Thanks to Joey for sending me this,

From the Consulate General of Italy in Vancouver - Cultural Office...

The charismatic Giuseppe Marinoni has been making some of the most desirable bicycle frames in Canada for decades. Although his enterprise has grown over the years, he still seems happiest when welding a handmade frame. (The enduring joy this brings him is particularly impressive when you consider that he’s made 20 or 30 thousand of them in his lifetime.) Since leaving his native Italy, he’s made a home in Montréal and established a fairly routine life centred on his wife, his bicycles and the tomatoes in his garden.

A competitive cyclist in his youth, he decides, at age 75, to attempt a World Record for distance cycled in one hour for his age group. Giuseppe’s determination and perseverance lead him back to Italy for his training and, ultimately, his attempt at the record. His perfectionism, combined with a curmudgeonly nature, makes him impatient with first-time director Tony Girardin, adding much humour to this inspiring film. One of the most moving scenes involves Marinoni catching up with his dear friend Jocelyn Lovell, one of Canada’s greatest cyclists during the 60s and 70s, whose storied career was sadly ended by a famous and fateful accident that left him a quadriplegic. This is a film not only for the spandex-and-helmet crowd but for anyone who believes that a man’s reach should exceed his grasp.

For more information, the complete schedule of screenings and to buy tickets, please visit http://www.viff.org/festival/films/f12263-marinoni