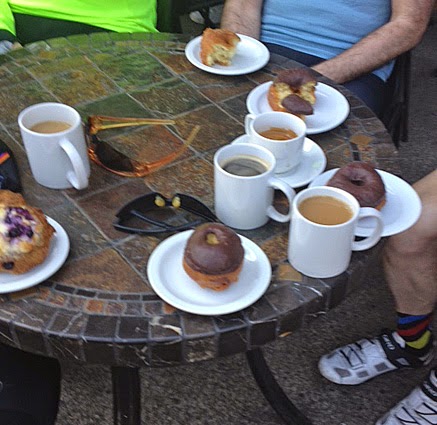 We were a group of nine. Yesterday, the FRFuggitivi group rolled on under brilliant sunshine towards Deep Cove. I haven't been in over a year and one obstacle always stands in the way. The Ironworkers Memorial Second Narrows bridge is always a harbinger of dangerous riding over the Marquis de Sade sidewalk. For those unfamiliar- the east sidewalk was narrow, bumpy and led to frequent close calls between cyclists and pedestrians. In fact, this bridge is a vital link that spans Vancouver and the North Shore. As I rolled over it I was amazed of the new construction - wider, comfortable sidewalk along with a new safety fence. It's like night and day. Fit for heavy bicycle usage. Now, a phase two is on and the west sidewalk is closed off for it's renovation. Our ride was dubbed the Donut Ride (no joking). Mine was chocolate (image above) and well worth it. 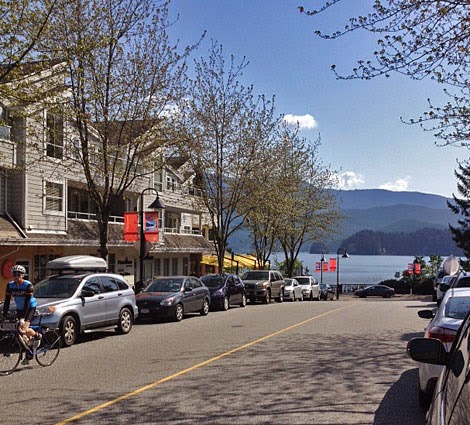 I didn't have the time to take a photo so here's an excellent image of the new bicycle/pedestrian friendly east sidewalk... 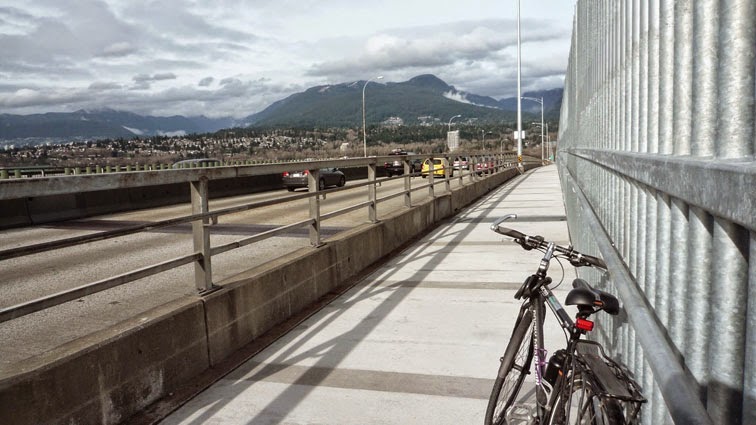