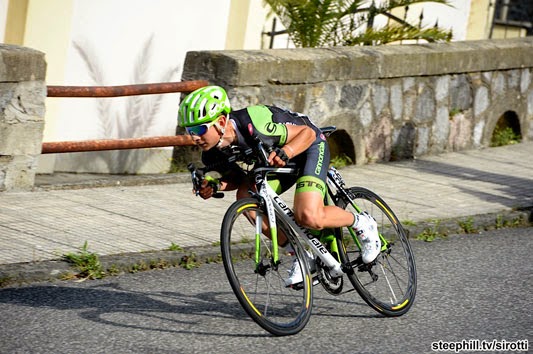 Watching stage 4 was exciting enough with an added treat as second year pro, Davide Fomolo gave his Garmin Cannondale squad it's third victory of the season. Only 22 years old, and looking like he should be in high school, the young Italian is touted as a potential Grand Tour winner (by Ivan Basso). He proved his moxy attacking with some 13kms remaining staying out in front masterfully winning solo. Simon Clarke (Orica GreenEDGE) wears the maglia rosa but tomorrow will be the first proper mountain stage... a shake up on GC is predicted. 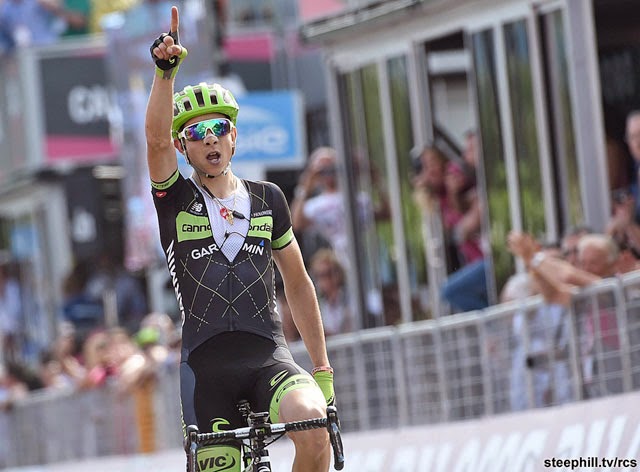 Good news that Domenico Pozzovivo is set to leave hospital after his near fatal crash on stage 3. He suffered cranial-facial trauma, requiring some 25 stitches and remarkably says, "I think I will be back for the Tour de Suisse and be competitive." 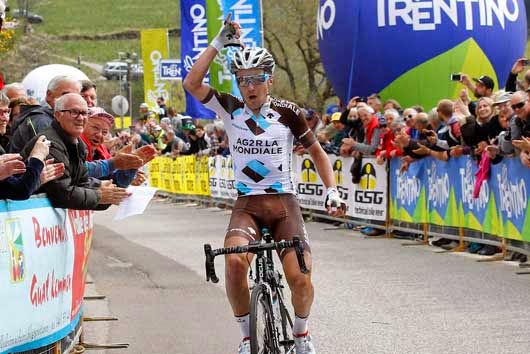