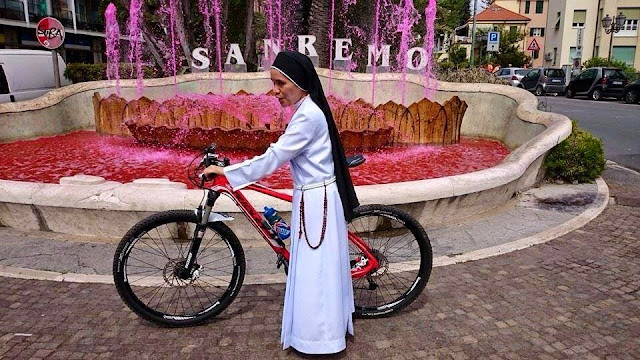 The 98th Giro d'ltalia begins Saturday and San Remo (above image) is ready for stage one; the 17.6km TTT. I'm going for the strong TTT team of Orica-GreenEdge to take the first stage and first maglia rosa. Unfortunately they won't have the services of TT strongman, Svein Tuft who is resting after his run in with a nasty guard rail during the Tour of Romandie. Last year, on May 9, he celebrated his 37th birthday in the maglia rosa after Orica won the opening TTT. For Tuft, a tough break he'll have to sit out but on the horizon he'll get his chance at this favorite discipline the TTT. His new plans are to go on to the Tour de France and concentrate his special abilities at the stage 9 TTT, Vannes to Plumelec and the TTT at the Richmond Road World Championships. I think he can win both races.

"The upcoming TTTs this year are what's keeping me motivated. Obviously with the Tour it's hard to say because we have to see how everything heals up now, but that would for sure be my next big goal and something that I would really like to partake in. There is a good amount of time to get my head around Worlds. Trying to win the TTT is everything to me. And Worlds will be pretty great being in America.'
- Svein Tuft. 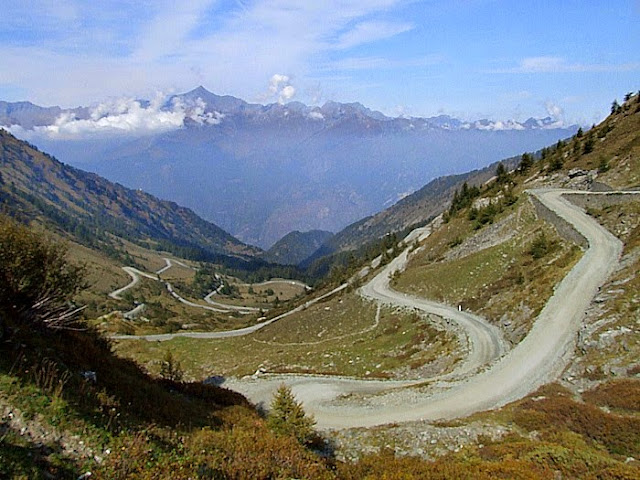 Thank heavens to the organizers for including the gravel road to the Colle delle Finestre.


It may not be as mountainous as last year's race, but the corsa rosa will have plenty to climb about:

The final mountain to climb up to and especially interesting is the Cima Coppi: Colle delle Finestre averages 9.1% for 18 kms, 2178 metres. This will mark the 50th anniversary of the Cima Coppi, since 1965 - in honor of Fausto Coppi. 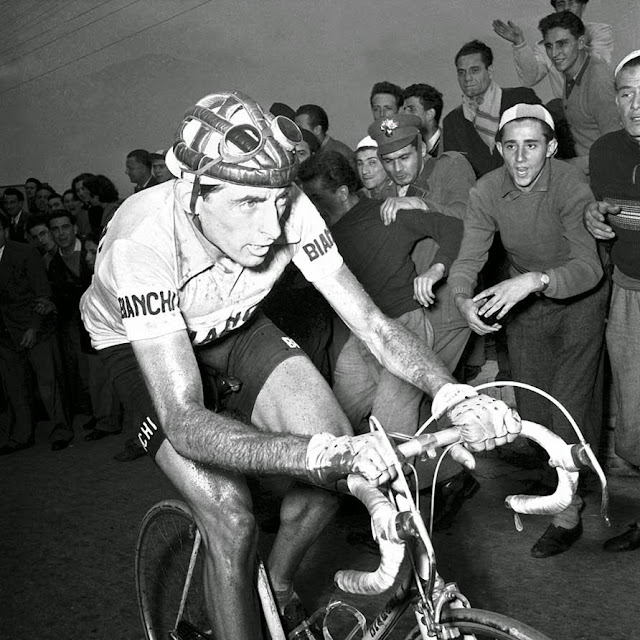 Coppi spreading his wings for the tifosi.

The pre-race favorites; Alberto, Richie, Rigoberto, Fabio and Domenico are standing by... and so am I, eager to watch the first grand tour of the season!

This weekend is an exciting double header. Sunday is the Tour of California and one man 'ready' to kickstart his season is... 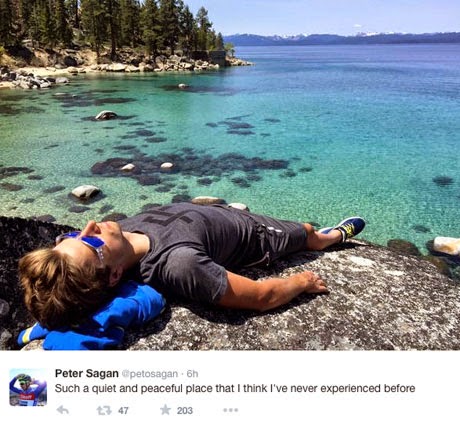 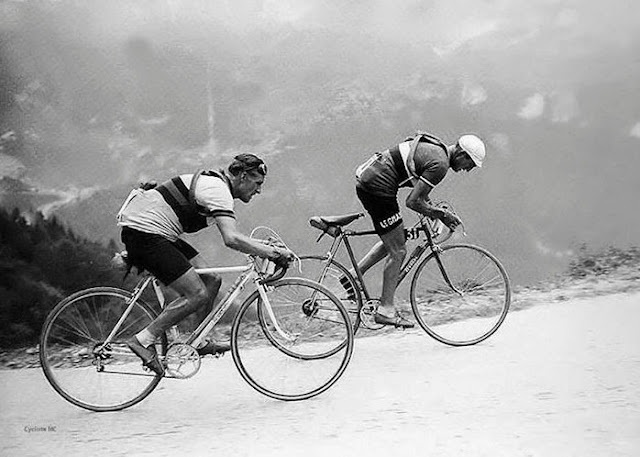 I've been riding with standard cranks for many years and since trying to tackle the steep North Shore mountains - well it's been a grind. It's not the 39T chainring that's causing the stir (in my legs) but pairing it alongside with the 11-25T cassette. My lowest gear is 41. The upshot is that I'm awaiting my new 13-29T cassette to arrive. That means I'll have the easier advantage of climbing with a low gear of around 35. Mt. Seymour, Indian Arm, Cypress... look out. I'll have a full review upcoming as our FRFuggitivi rides will hit the mountains... and I might just actually like it!

My inner Italian speaks out... 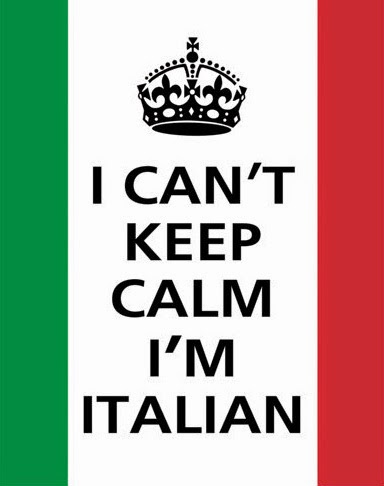