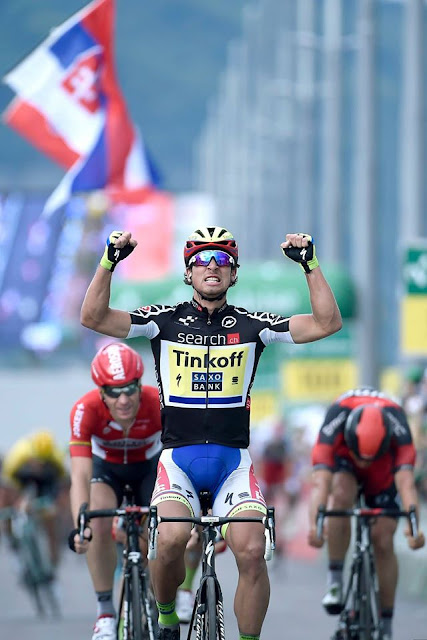 Peter Sagan notched his second stage victory in the exciting Tour du Suisse. That's a jubilant young rider perhaps throwing that Oleg 'monkey' off his back and into the face of his boss. For all the criticism that he's endure namely his classic season of no wins, he has comeback with a thunder. Today's stage 7 is another lumpy affair and is tailor made for him. The carrot on the stick is that he is chasing two Swiss stars (Ferdi Kubler and Hugo Koblet) who hold the record for stage victories (11)... 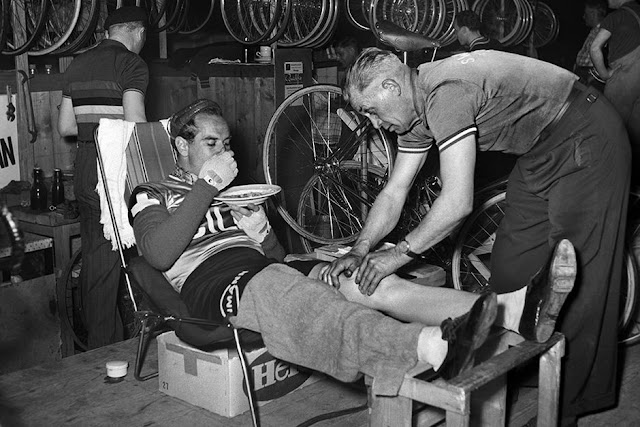 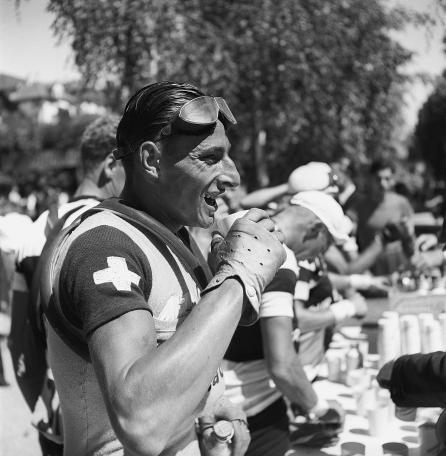 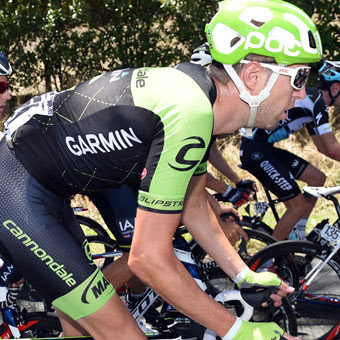 Ryder Hesjedal rode an amazing Giro finishing in 5th including two second place finishes on mountain stages. He had lost crucial time during the first week but managed to ride consistently to clawed back to 5th. He's currently riding in the Route du Sud and awaiting a team decision to ride the Tour. If I was team management (and I'm not) I'd pick him in a heart beat for France. 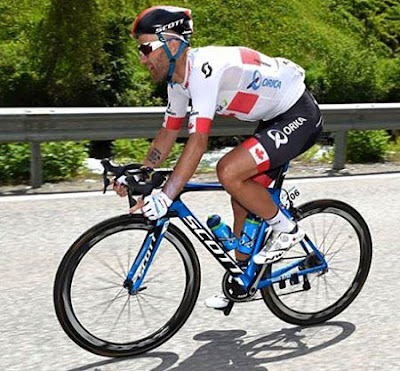 I'm glad to see Svein Tuft is back riding in the Tour du Suisse. That scary crash in the Tour of Romandie forced him out of the Giro. He broke his wrist and fractured his sternum and on his way back to top level. He says, "It's more than likely I'll be doing the Tour." That's great news. 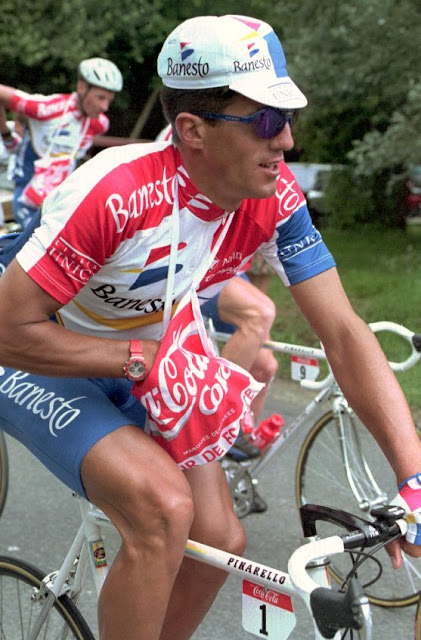 No wonder he's smiling...
Indurain riding the last steel bike, a Pinarello, to win le Tour in 1994.
This beauty weighed 19.8 pounds.
*I've read somewhere that his Pinarello is
a re-badged Pegoretti... more research is needed.


I came across the excellent article, 'Once Overshadowed, the Steel Bike Resurges' by Chris Wright. I'm one of the legions of extremely happy steel bike owners and can attest to the old adage, Steel is Real. Or I also like to add... Steel has always been the real deal. Bryan Coquard's stage 2 win hopefully is a sign that Europcar needs or has to come back next season. Europcar will pull sponsorship at the end of this season and the French team is looking for a title sponsor. A well timed sprint... then how about well timed title sponsor?

Michael said…
Considering how Ryder got stronger over the three weeks of the Giro, I am surprised he's still win a wait mode.
June 19, 2015 at 5:40 PM