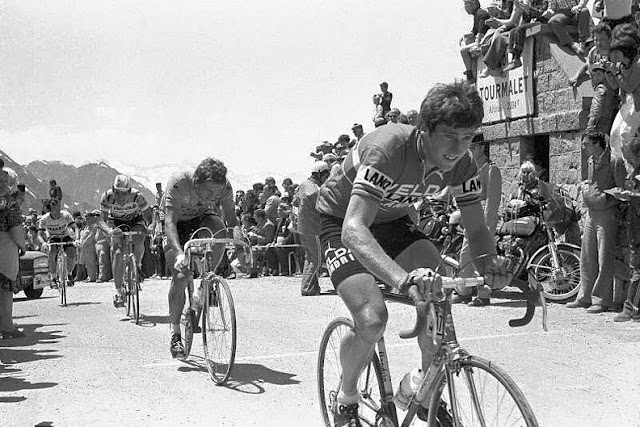 A young King Kelly showing his climbing legs on top of the Tourmalet, 1978 Tour de France.

Eight days until for the Grand Depart in Ultrecht and one of my favorite and iconic climbs will be on the menu on stage 11. The Col du Tourmalet is the most visited mountain (81 times so far) and famous as part of the circle of death including the Peyresourde, Aspin and Aubisque. An incensed Octave Lapize called Tour officials, 'assassins' during 1910 Tour stage after walking up the dirt road ascent of the Tourmalet. That was the first stage to use the Tourmalet, a long slough of 326km. Thankfully, those days of long torturous distances are long gone replaced by more 'humane' distances such as stage 11 (161 km) that include the Tourmalet. The above image is a young Sean Kelly (first Tour appearance) leading up teammate Freddy Martens on top of the Tourmalet. This upcoming Tour de France will be exciting for the yellow but here are my top three picks for the equally exciting young riders classification... 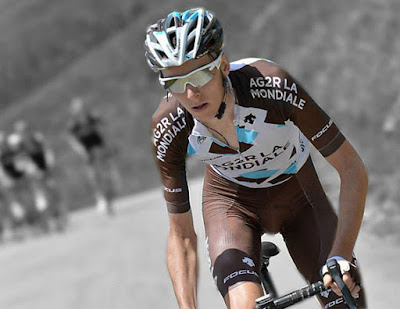 Romain Bardet is back  to win the white jersey and to better his 6th place from last year. 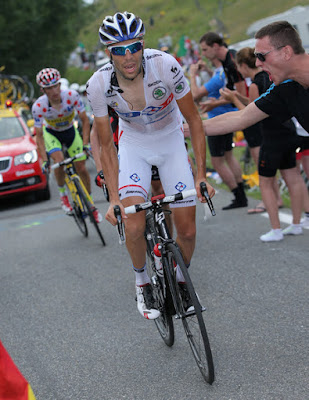 Last year's white jersey winner, Thibault Pinot is back to improve upon his exceptional third overall and also go for a consecutive white jersey. 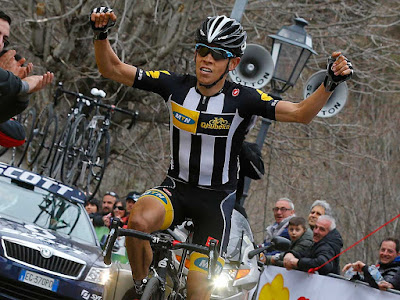 Louis Meintjes is a climber and can contest the KoMs classification but he'll ride his first Tour and will be up there for the white jersey. He's 23 and won the 2014 Coppi e Bartali and best young rider in the 2015 Giro del Trentino. 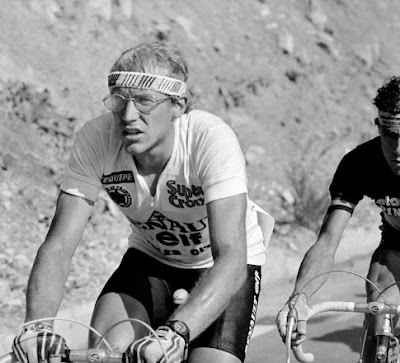 Laurent Fignon was the first rider to win both the white jersey and the yellow jersey in the same Tour since 1975. 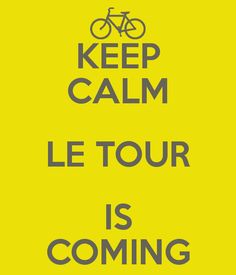