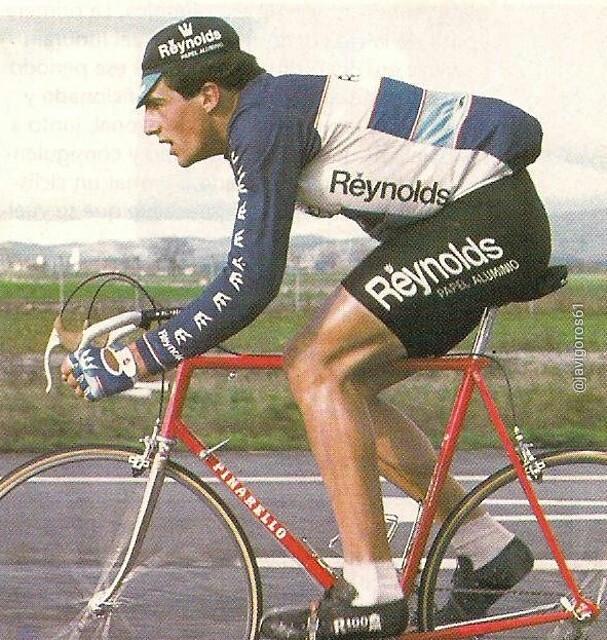 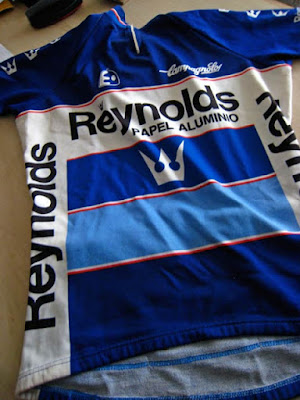 A precursor of his natural aptitude for the bicycle was his win in the Spanish Amateur Road Championship in 1983. He was only nineteen at the time. The following year he won 14 races that convince him to turn professional. His debut Tour was 1985 and anything spectacular. He withdrew after the 4th stage. In 1986 he pulled out after the 8th stage. But as the eighties progressed, so did Indurain's cycling strength, endurance and experience. His tall thin frame was perfect for climbing and he had time trialing ability but not as a sprinter. As a young rider in the 1980s he always showed promise but rarely demonstrated brilliance. 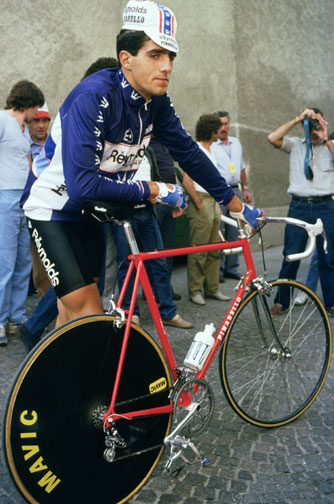 When the nineties arrived a new start for Indurain signing for the Banesto Spainish team. He finished the 1990 Tour in 10th place. 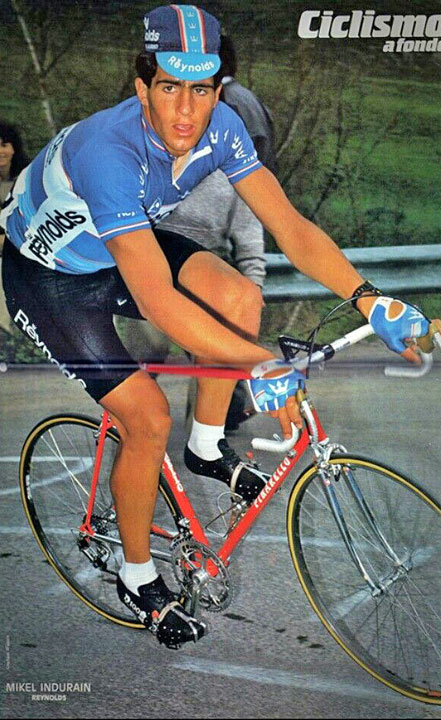