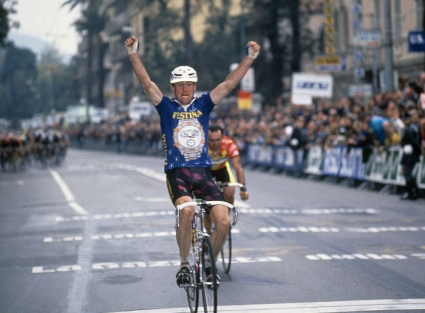 
I'm finally starting to see some light in my winter of discontent. Slowly coming back from minor surgery, leg injury and recently a sprained thumb is never easy. Since the start of January I have amassed a whooping five rides, including yesterday. Thinking of it, my ride of setbacks (since November 2015) has given me sporadic days of riding and plenty of good recovery time. So good to have my health back.

As an extra note, I'm really looking forward to the new riding season with our FRFuggitivi cycling group. There will be an exciting 'new look' on the horizon. That's all I can say for now, I'll reveal more in the upcoming weeks.

According to Sean Kelly, this upcoming cycling season of one day classics may turn out well for Fabian Cancellara.

"I think when you are at the end of a career and you have won all those races and you have such a good palmares, you don't give a f--* (about pressure). You f*cking just go into the event. You have the experience, of course, and that is always very important.

"When I was in Milan San Remo, when I was on the Poggio, I said here goes. If I end up in one of the glasshouses, what does it f*cking matter? I have won races anyway."


Kelly throws caution to the wind on the Poggio, gets close to glasshouses
and  makesMoreno Argentin's day a misery. 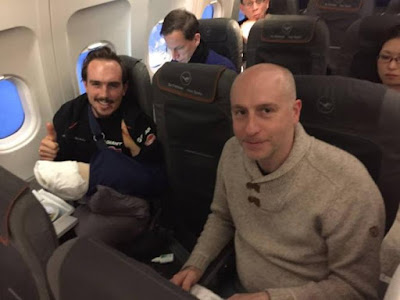 On the flight to Hamburg.
(John Degenkolb/Facebook) 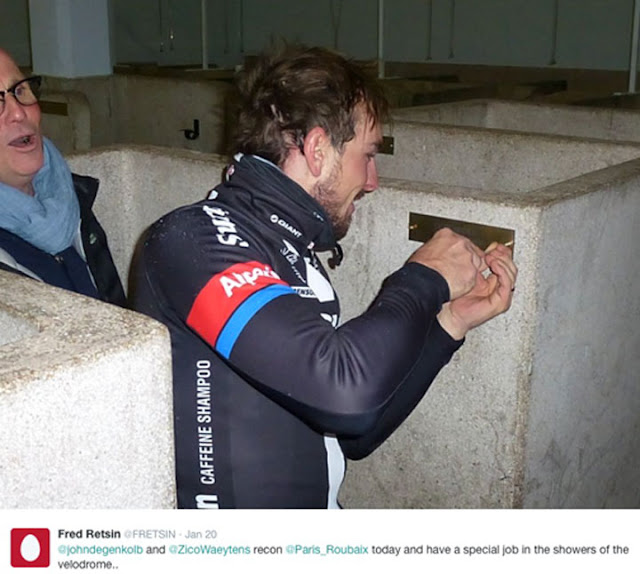 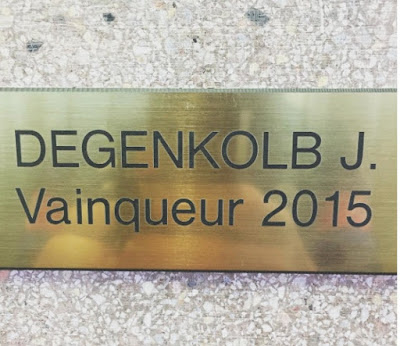 Brooks an icon of cycling saddles. Here's David Millar testing the Cambium C13 saddle over the French pave, on my wish-list: 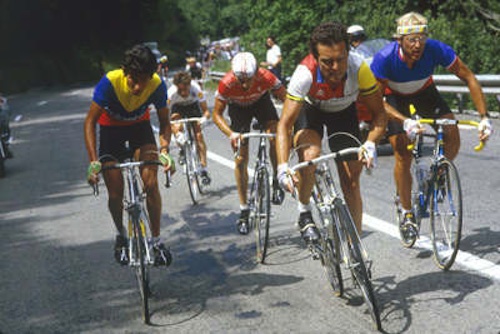 I'm enjoying, 'The Badger' by William Fotheringham and always wanted to know how Hinault ticked.

"Most bike riders at that level aren't normal human beings. What they are thinking and how they go about what they want to do are not what a normal person would call sane or nice. Of the people I've raced against at that level, Hinault was probably the most aggressive. You'd get the feeling that he hated you deep down and he would use that feeling to beat the crap out of you. His saving grace was that now and then he would switch off the aggression and turn into a normal human bike rider. I only saw that side of him when he was with teammates, or the stress was off. He'd be almost normal, you could talk with him about normal things - farming, cars and so on."