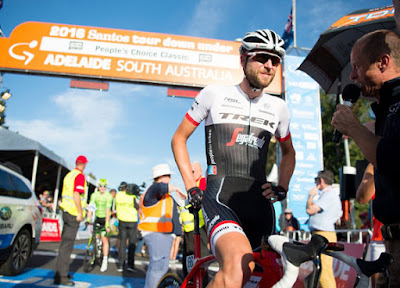 Eurosport was the fly-on-the-wall during Trek-Segafredo's training camp and created 'Behind The Stripes' part of their acclaimed Sports Insiders series. This 30-minute documentary, filmed in Spain's Costa Blanca in December 2015, features candid team meetings, in-depth interviews, incredible on-board footage of the cyclists on the road, and the lowdown on the nutritional and technological secrets behind the team.