Friday File: Throwback Jersey, The Mountain Flea, Under Pressure & Ride like a Flandrien 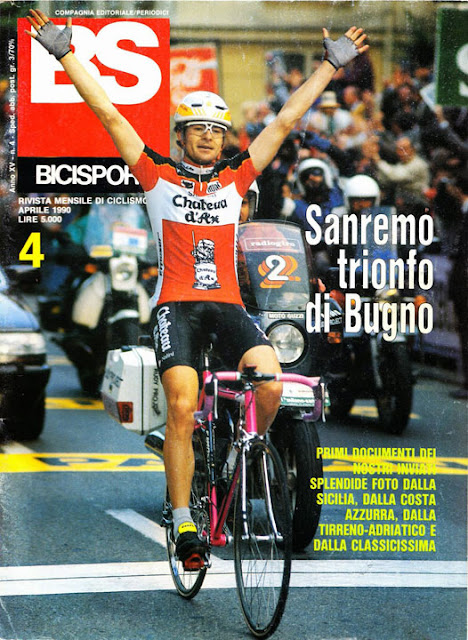 I'm eagerly awaiting for the start of the Classics and so I'll start Friday File with a bit of a throwback to Milan San Remo 1990 won by Gianni Bugno. 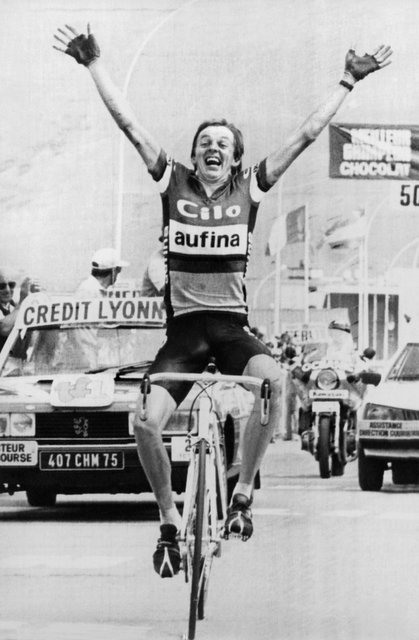 Today, Rouleur has a good article on Beat Breu's victory at the top of l'Alpe d'Huez of the 1982 Tour de France. Not to downplay his Tour de France victories (2 X 1982), which were amazing in itself, Breu especially loved the Tour de Suisse...

"My favorite race was the Tour of Switzerland and not the Tour de France. The Tour is so long, and there's nothing to eat but spaghetti for breakfast and dinner, and banana sandwiches in the race".

As an accomplished climbing specialist he knew just what to do. He used a special light steel bike constructed by a Swiss frame builder. Light wheels were added, along with plastic brake levers and no handlebar tape to save on every ounce of weight. He was the first to experiment with bar-end shifters, to save on the effort of reaching on the downtube. When he was at the top of his powers he weighed a svelte 127 Ibs standing  5 foot 6 inches tall.

'The Mountain Flea' often won wearing the Cilo Aufina jersey. One of my favorite jerseys of all time, the jersey was red, white and grey and remains classy just like Breu's victory! 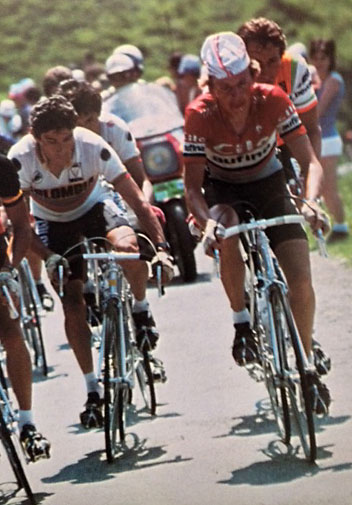 In the Cilo-Aufina jersey, 1983 TdF
(from my archives)

I was surprised with some of the answers... 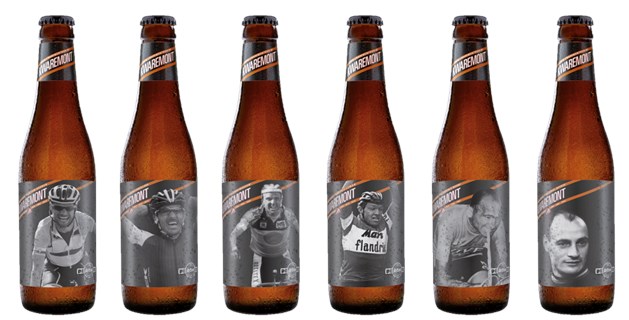 The 100th edition of the Ronde van Vlaanderen is upcoming and the Belgians know a thing or two of beer. Celebrating the riders that did the triple with a special brew.

Masini said…
I'd pay dearly for the issue of Bicisport. I just watched a two-hour special on the Bugno career and have sent off a Gatorade jersey to a friend to have it signed by him. It'll go next to my Argentin jersey that I just had framed. Then, LeMond for the childhood trifecta.
March 3, 2016 at 8:43 AM