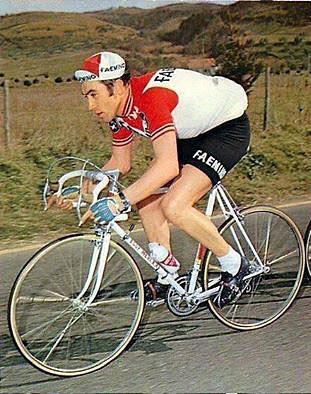 In 1968, Eddy Merckx moved to the new Italian Faema squad and learned the Italian way of preparation with huge results...

"1968 was an important year for me because it was then that I signed with an Italian team. In that new environment, I learned an awful lot about care and preparation and feeding. Up to that time, I was the sort of rider who trained and rode races but thought that as far as everything else was concerned anything was all right. In actual fact, I had remained a rough diamond who was now being polished by Italian hands. It was with Faema that I took part in the first training camp of my career, from January 19 in Reggio di Calabria. On the run up to the previous road-racing season, I had ridden only in six-day races. 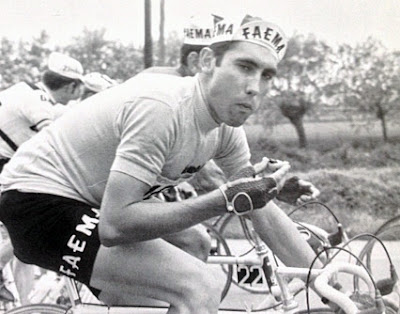 "The new approach clearly reaped its rewards. My racing weight went down to 72 kilograms (158 pounds). My climbing in particular was to benefit as a result. I won the Tours of Sardinia, Catalonia, Romandie and Italy comfortably. That final victory in the Giro was especially important because I won it almost effortlessly. I seemed to be flying. The crowning glory was, of course, that memorable stage over the Lavaredo where I made mincemeat out of everyone for 30 kilometers. In 1967, I had fully blossomed as a one-day racer, while in 1968 it became clear that I had a great future as a major stage racer."