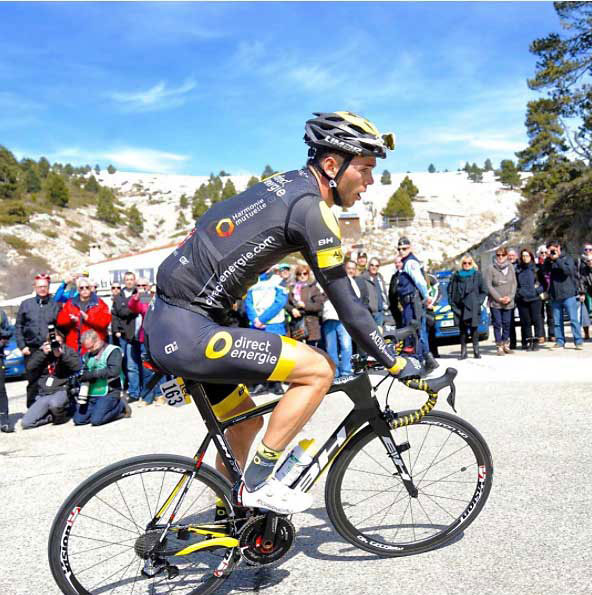 "A big day with the Ventoux in midcourse. The sensations were very good. I went out alone just before the penultimate climb, to resume by Alexey Lutsenko 20km from the finish. Unfortunately, I made a technical error in the roundabout and lost about 100m to Alexey and didn't have the strength to come back. Happy feelings, but really disappointed to be so close to a good result."

Rouleur has an interesting profile on him. The article is from last year but it gives a good sense of the person and rider. The young Canadian is certainly turning heads as he embraces the squad's combative style of riding. I watched today's stage and he showed his cards with plenty of moxy and soon... bigger results. 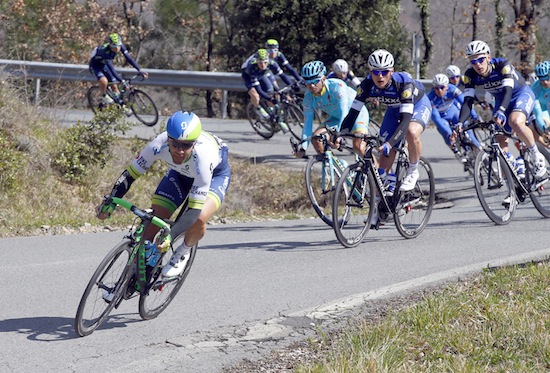 Sveino charging at the front.
via Orica Green EDGE

Caleb Ewan went head to head with Fernando Gaviria on stage 3 of Tirreno-Adriatico. It was almost the big win that he craved for but Gaviria beat him by half a bike length. Orica GreenEDGE took the initiative early with Canadian Svein Tuft orchestrating his usual tough finesse from the front of the peloton for more than 150kms.

"Svein put in a massive shift today, hats off to him. He was up there all day and along with Eitxx- Quickstep we were the only two teams taking responsibility out there. Ultimately the work the team put in was worth it as Caleb came in second and was close to finishing if off."