Amazing victory for Arnaud Demare. The longest race of the season scheduled for 291kms was diverted to 300kms after an overnight landslide after the Turchino climb. The final 300km battle was tense and provided a surprise winner with two favorites quickly out of the mix: Nacer Bouhanni (slipped chain) and Fernando Gaviria ("I touch the wheel of the guy in front of me."). Now, a controversy is brewing that FDJ has denied accusations that Arnaud Demare was towed back to the peloton by a team car on the Cipressa.

Dramatic and now controversial, it's unfortunate it has to end this way. 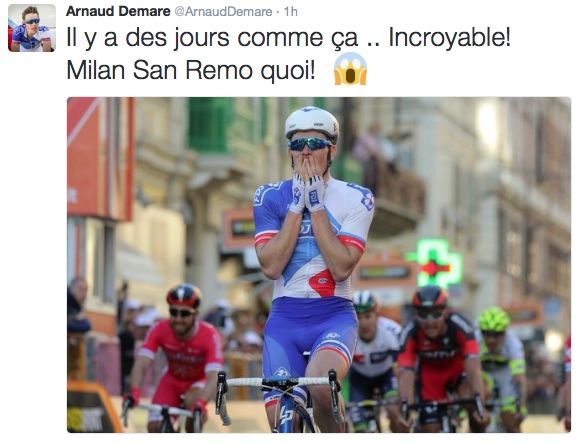 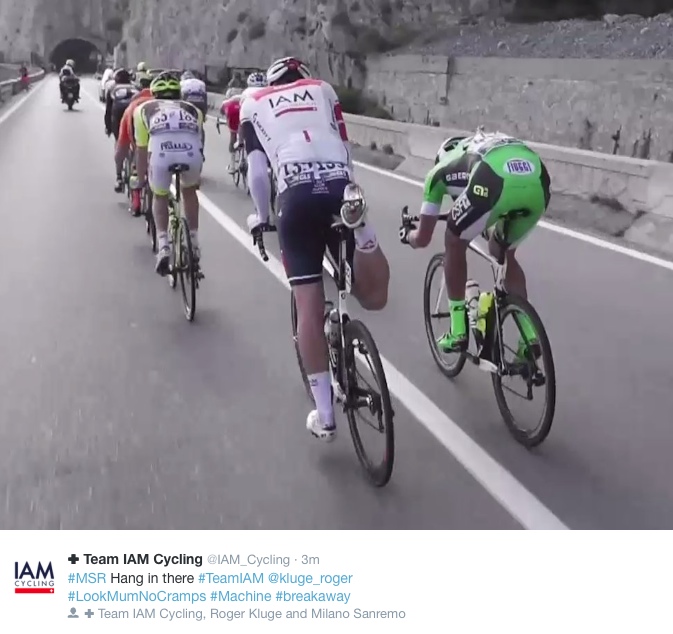