Friday File: The Giro rules the month of May 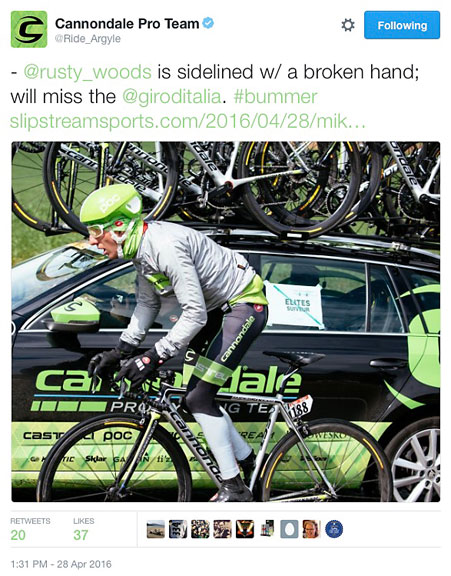 I've been following the steady rise of the talented climber, Michael 'Rusty' Woods since turning Pro with Cannondale. The Canadian was slated to debut at the Giro d'ltalia but that'll have to wait another year, he's sidelined with a broken hand from a crash in Liege. Here's hopping he recovers quickly and returns back to the peloton soon. I agree with the above tweet... #bummer.

Vincenzo Nibali, the 2013 winner, is back to win but he'll have a battle between his old teammate, Mikel Landa and Alejandro Valverde. These three may have the strongest teams on paper but watch for Ryder Hesjedal (2012 winner), Rigoberto Uran (2013-2nd, 2014-2nd), Esteban Chaves, Steven Kruijswijk (2015-7th) & Rafal Majka (2014-6th) to contend for the Maglia Rosa.

There's going to be some exciting racing upcoming. 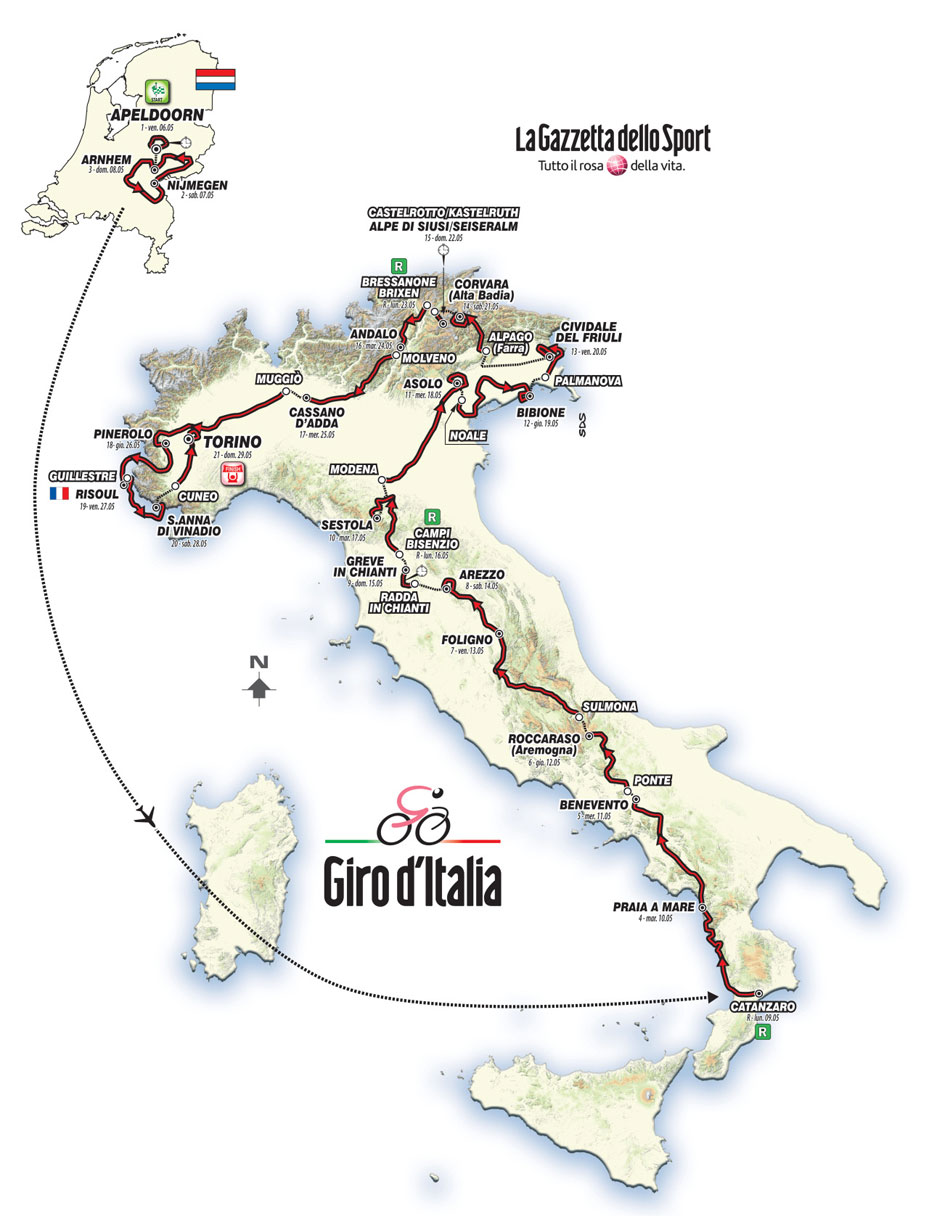 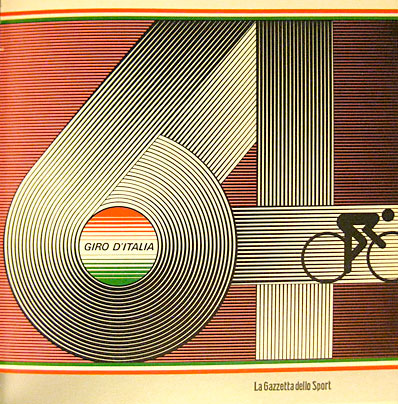 The 1964 Giro d'ltalia poster is striking. 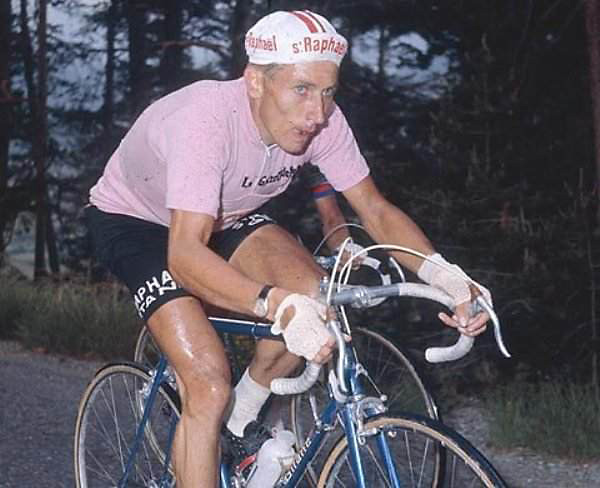 1964 was doubly good for Maitre Jacques.

Jacques Anquetil (Monsieur Chrono) won his first Giro in 1960 and returned in 1964 to win again thus achieving the rare Giro/Tour double with the legend, Fausto Coppi.

On the topic of legends...

One of my all-time favorite sports cars is the fabulous Jaguar D-Type XKSS (produced 1957) - with Steve McQueen at the helm... 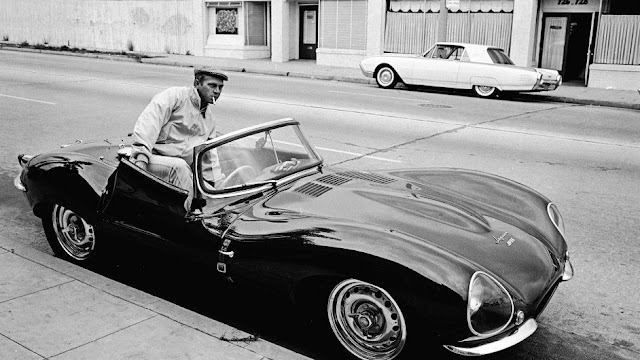