Friday File: The Hell of the West, Eddy The Boss & Slam on Disc Brakes 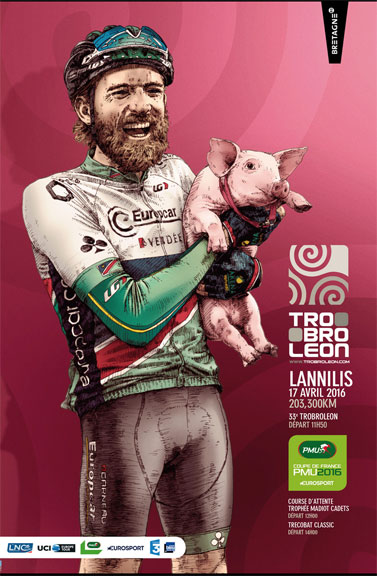 On of my favorite one-day race is the little known, Tro Bro Leon. Lovingly nicknamed, 'The Hell of the West.'  200km set along the Brittany coast over off-road sectors through the farmland in Western France. The key word is farmland, look at the poster for a hint. The real fun lies on the course, 25 off-road sectors (ribinou) of woodland, unpaved roads and generally fun mayhem for the riders and fans alike. The race is a reflection on this part of France that produce the greats and tough riders of Breton cycling: Bernard Hinault, Louison Bobet and Jean Robic. The racing is intense and exciting and has one of the best trophies in pro cycling: the best placed Breton rider gets a prize piglet. 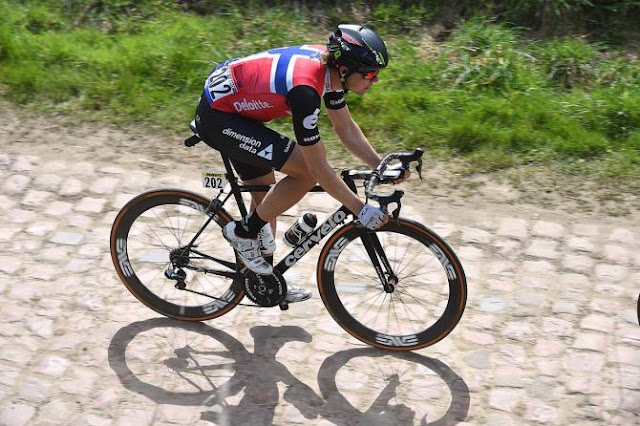 The puncheurs will gather in Limburg for the opener of the Ardennes Classics, Amstel Gold Race. The 248.7km hilly course consists of so many turns, twists and short, sharp climbs (34). The final climb up the Cauberg will most likely decide the winner. Phil Gil will be back to try for a fourth win. But, it's unclear what shape he'll be in. Last week he broke his finger in a tussle with a motorist. Had surgery and is amazingly back for Sunday. My pick is Eddy Boasson Hagen who's riding like a re-charged rider now with his new Team Dimension Data. Eddy The Boss is fresh from a 5th place in the Hell of the North and is that Classics specialist that will shine on those Dutch climbs.

Time for am Amstel. 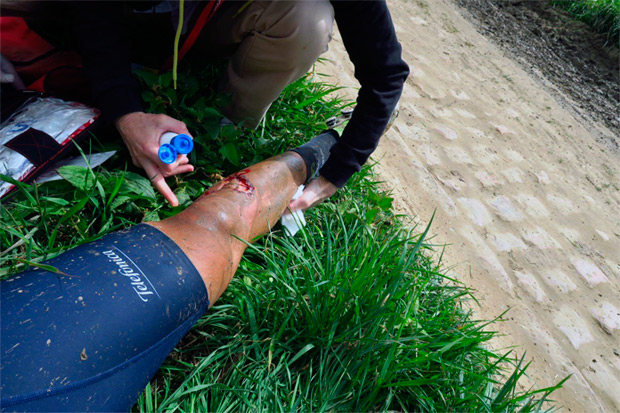 You may know of Fran Ventoso suffering a gruesome injury when he cut his leg hitting another rider's disc brake as they stopped to avoid a crash at Paris-Roubaix. Following the incident, The UCI has suspended the use of disc brakes in the pro peloton. The majority of pro riders are in favor of the announcement and until all involved can work out the important safety issue then disc brakes can now, be left in the dust.