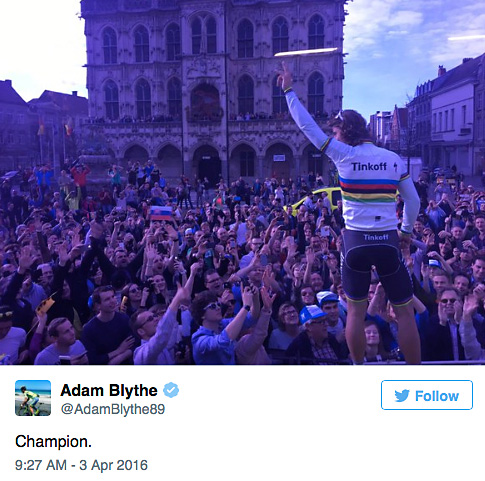 What style, panache that Peter Sagan won the 100th De Ronde Vlaanderen! With 30km remaining he took the race by the scruff of the neck, dropped Sep Vanmarcke on the Paterberg and just time trailed to the finish. It took him a few tries to finally win his first Monument... and all his numerous second place finishes can now be shrugged off. His curse of the rainbow jersey can be ruled out for good. The man with the rockstar image, offers his own new refreshing look for the traditional, stodgy world of Pro cycling by popping a wheelie after he crossed the finish line. The morning after, Belgian newspapers had these headlines...

'What a great, hard rider Cancellara still is. But Sagan is better, younger and he rides better.'

"Now I want to have fun after this big week and next week we will think about next week, not now! The race was very hard today, it's very hard to work with other guys because nobody wants to work with me. It's always better to drop everybody."


"He was Super Sagan today." 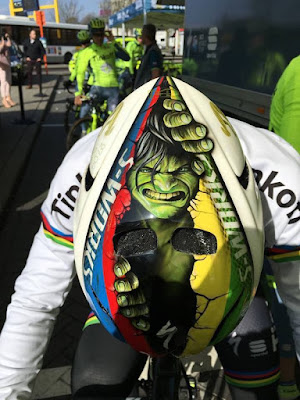 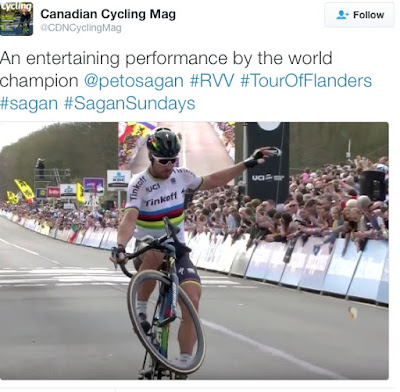