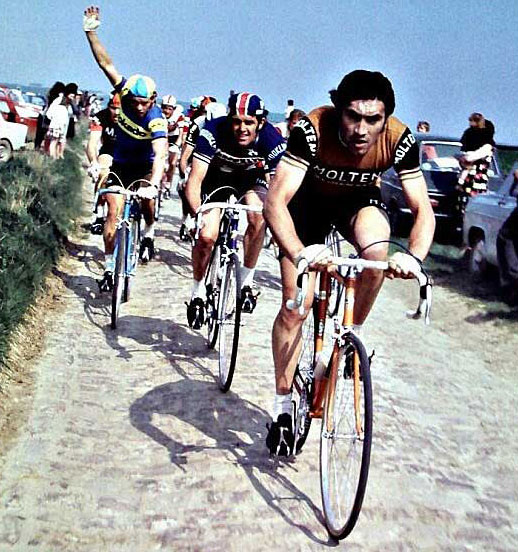 Monsieur Paris-Roubaix on his beloved paves.


Roger De Vlaeminck has the distinction of the title, Monsieur Paris-Roubaix. His record of 4 Roubaix's is shared by Tom Boonen. De Vlaeminck rode Paris-Roubaix on 14 occasions, winning four times (1972, 1974, 1975, 1977) second four times, third once, fifth once, sixth once, seventh twice and only abandoned in 1980. His cyclo-cross skills are legendary giving him expertise over les paves. He won an astounding 110 'cross races, including the 1968 world amateur title and the 1975 professional title.


"He could fly over the stones, was always motivated for that race."

"Paris-Roubaix never worried me, it was a lot like 'cross." 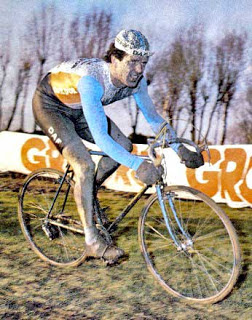