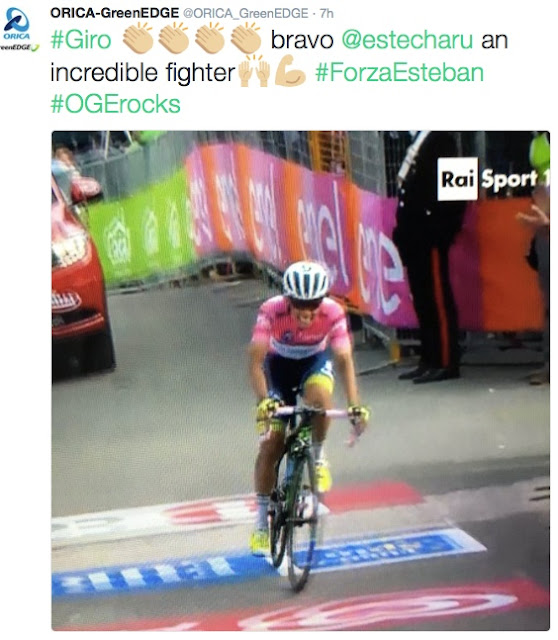 It happened. Esteban Chaves struggled to follow the Shark's attacks on the penultimate stage 20. Throughout this exciting three weeks I've followed the affable, young Colombian's steady rise believing he would win the overall. He became a legitimate contender for the grand tours last year in the Vuelta. He won two stages and finished fifth on GC. Chavito's amazing exploits (1 stage victory) in this Giro is reason enough that a grand tour victory is ever closer to becoming a reality. I hope Orica GreenEDGE sends him to contend the Vuelta this August.