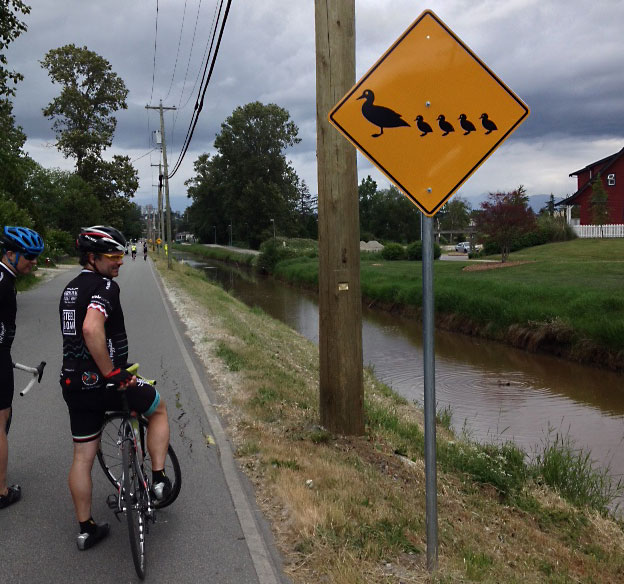 Yesterday's FRFuggitivi ride was a series of firsts.

I started out to meet the team in New Westminster packed my top tube bag with cliff bars and ready for a long ride. Mario and Curtis were our patrons and that means it was going to be a long route. Beforehand, there was serious talk on our twitter page of a long ride finishing at our beer sponsor S&O. I didn't know what to expect but I reckon to get to the end... one must start. We welcomed our first female rider, Anna. Who, in my opinion, earned special recognition for riding up Mt. Seymour the day before. On the Port Mann Bridge Charlie succumbed to a flat as he tried to ride over an expansion joint. Then it started to rain. Can it get worst?

The showers continued and as we took a roundabout, Matt hit the deck... the roads were surprisingly slippery. Anna quickly responded with an antiseptic wipe and Matt came up with a quick thinking bandage for his cut forearm and he was back up and on his bike. After coffee and with the showers ending we were on the rural Langley roads. Time for my turn and after a year 'without'...  I flatted. Why is it always the rear? Anna, Guy and Curtis stayed with me while I set about to repair it. A couple of older cyclists stopped by and one of them spotted Guy's and my Marinoni. He asked me; Question: what is the year and where I purchased it from. Answer: 1987, Edmonton. Interestingly, he mentioned that he was the Marinoni dealer here for 30 years and admires and owns a few. My flat, with a story. 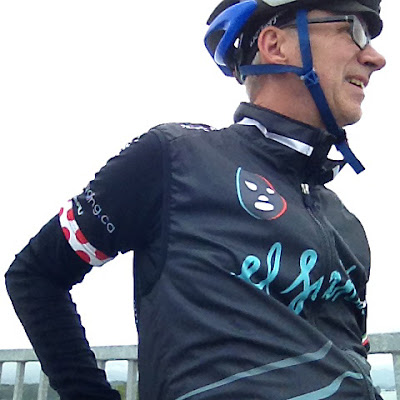 Passing with flying colors...
The showers was a good test for our new team kit.


This was the first time, for me, on 0 Avenue located on the edge of the border. Anna quipped to me that they probably ran out of names to call this rural road. It is challenging on a bike, a rolling stretch of short climbs just enough to test tired legs. I managed it well and the goal was to finish for beer in New Westminster. But to get back we had to negotiate through the 'wilds' of Delta. In the past, every time we rode through we got lost, cursed it and aptly named this, 'the Delta Triangle'. But, a first once again, Curtis guided us successfully through it and our dubious record was beaten.

We all finished and enjoyed our first official beer ride at S&O. Total distance: 116km. The longest ride, for me, so far this season. And kudos to our new member, Anna. Who will open the door for more female cyclists to our team. Cheers to that!

Note: Scott has encouraged me to ride the triple crown: Mt. Seymour, Grouse Mountain & Cypress Mountain. Never before riding it, I have accepted the challenge so do check back for my attempt at the Triple Crown. #sufferfest