Friday File: Breakaway & Svein Tuft moves up to the front of the bus 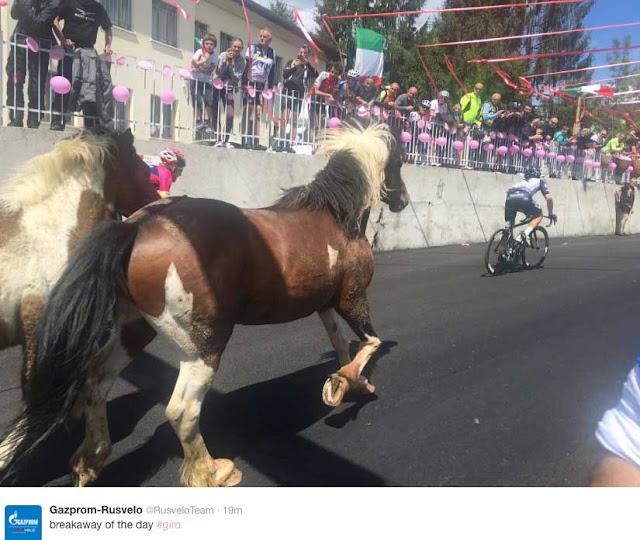 Exciting mountain stage 13 it was. The horses were running too. I'm becoming a Movistar fan as their key team riders showed themselves on various times during the stage. Carlos Betancur was there, not in his best shape, and was nevertheless there. It would be nice to see him return back to his Paris-Nice winning form, but too much to ask for.  But, my question is why Valverde and new race leader Amador is in their own race whilst Visconti is in his own? He was in the day's break but kept on riding ahead of the favorites group instead of dropping back to support Valverde or Amador.

I'm enjoying the fight for the KoMs classification between the return of the piccolo prince, Damiano Cunego vs Giovanni Visconti. But tomorrow will be a horrible stage and hopefully Movistar will ride as a cohesive group, they'll need to.

The Dolomites queen stage 14 is tomorrow starring the Passo Giau... 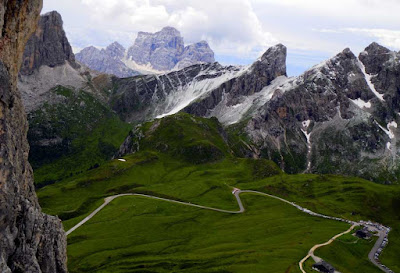 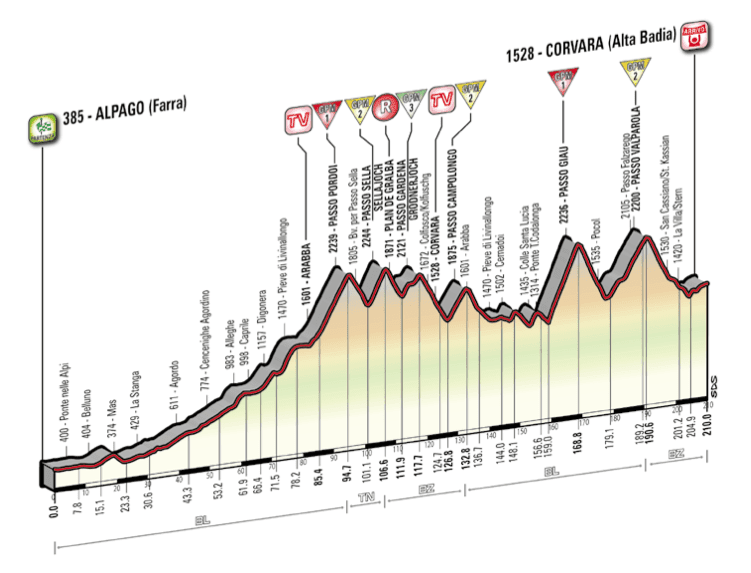 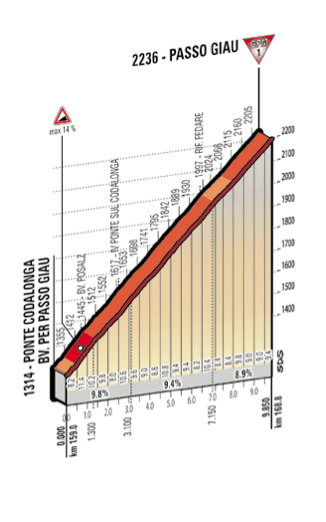