John would have been proud 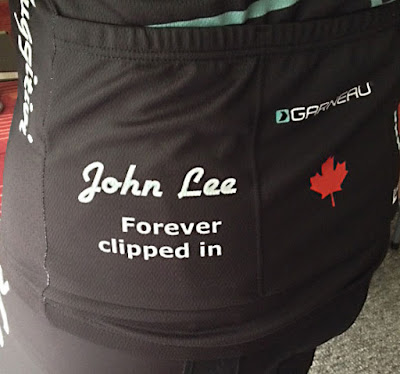 Yesterday marked a couple milestones for our FRFuggitivi team. A huge group of 16, the largest ever, rode in honor of the first anniversary of the passing of John Lee. And we officially showcased our new FRFuggitivi kit. I met my team mates at the usually Kent and Ontario cross street and was pleasantly surprised by the enormous group. Phil was our Patron for the day and he devised a clever 85km route through UBC, Stanley Park and to a special Burnaby finish. 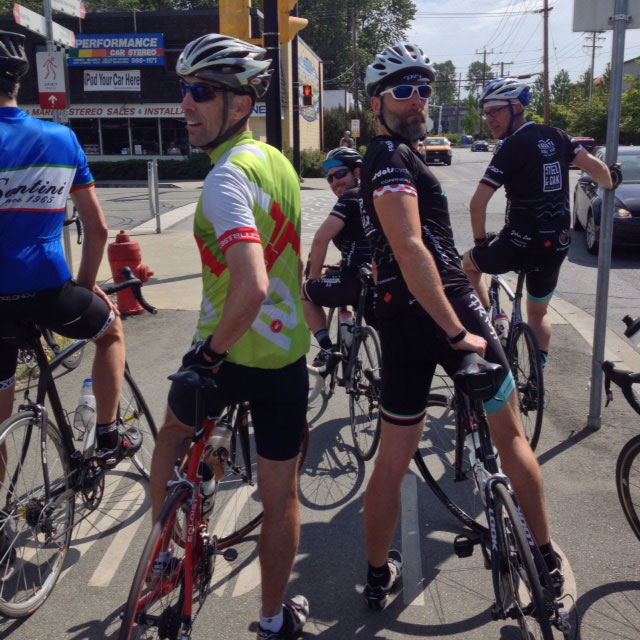 Not too far to Dageraad Brewery.

John was one of our founding members that was as old school as I thought I was, he rode a steel bike... but with down tube shifters and toe clips. That suited him to a 'T' as I remember him powerfully riding the ridiculously steeped Indian Arm climb effortlessly. He was well known as having the most powerful calves in our group. I fondly remember he would bring his daughter, Peyton to the Burnaby Superweek criterium race and he proudly said to me that he was building up a steel bike for her. So was his love for cycling and especially for his daughter. 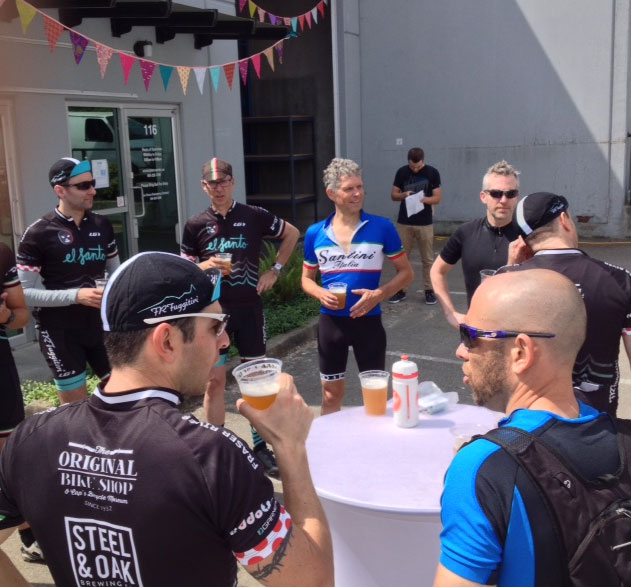 
We proudly rode in our new FRFuggitivi kit and looked damn good as a team. We made such an impression, and grabbed the attention from a few cycling teams along the way. Our ending was as perfect as the ride. Phil guided us to Dageraad Brewery for their 2nd anniversary where we all toasted to a special man who coined our mantra, #moremilesmorebeer... Here's to you John - Cheers! 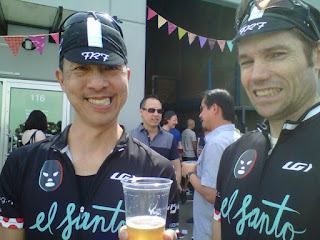 Enjoying one with Guy and showcasing the custom cap made by
Red Dots Cycling.
photo: Guy 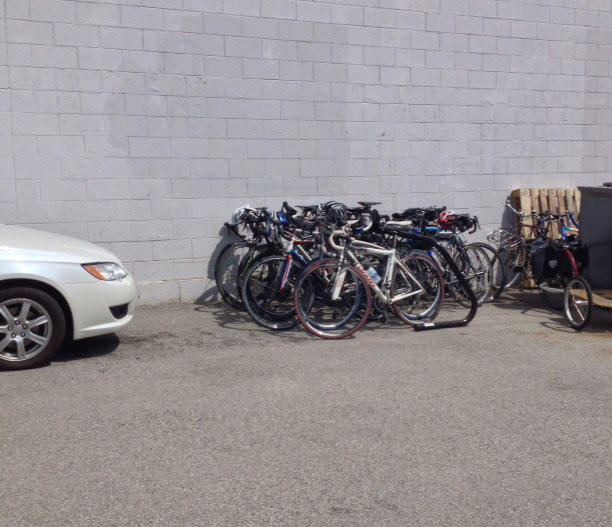 We took over the lone bike rack at Dageraad. 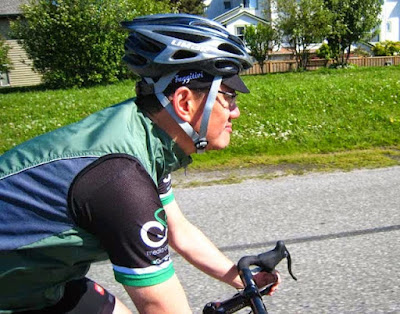