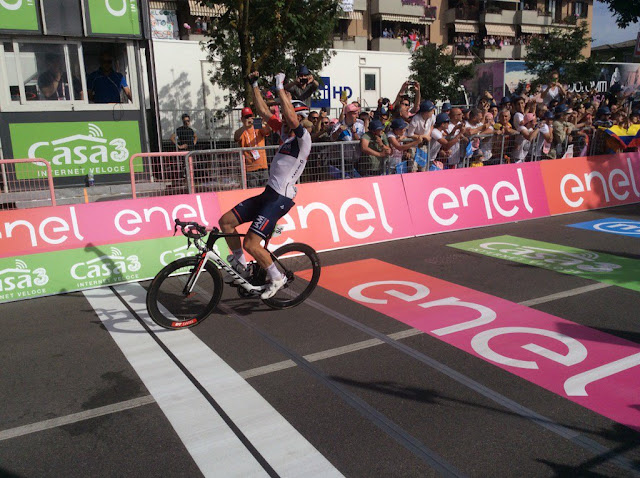 Roger Kluge caps off a day of brilliant riding.

Got to hand to Pippo Pozzato for attacking in the final kilometers of stage 17. Brilliant! It was reminiscent of his 2006 MSR attack... 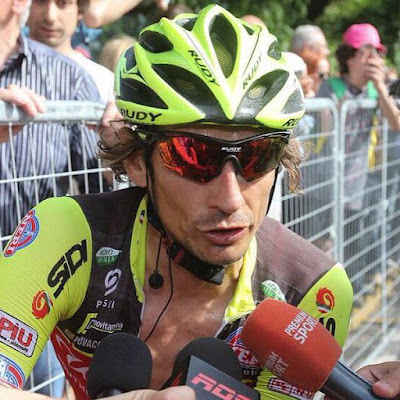 If he did win, his fans would got Pippo crazy with love.


"I've been a pro for six years and this is the big victory I have been looking for. It wasn't planned at all. I was working for Heinrich Haussler, closing the gap for him but I saw a possibility to get away. The finishing line was near. It's a strange feeling. Yesterday we were very disappointed to hear that our team is going to stop at the end of the year but we decided to stick together and it's wonderful to come up with a victory to make up for our disappointment."