tifosi rosa, the fall guy & drag race on the raceway 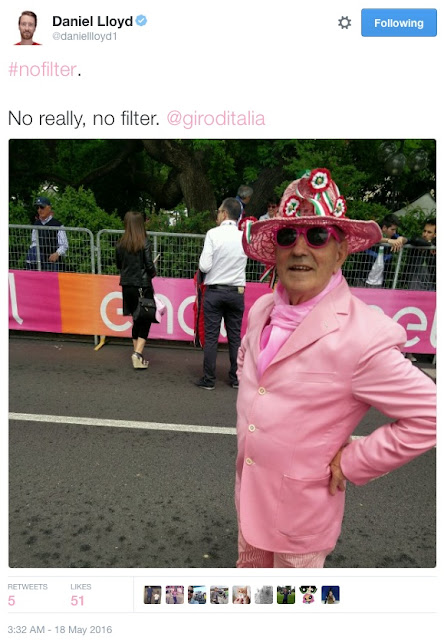 A couple of double stage winners graced their mightiness today.. 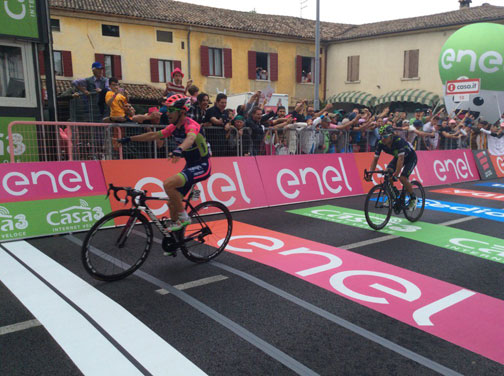 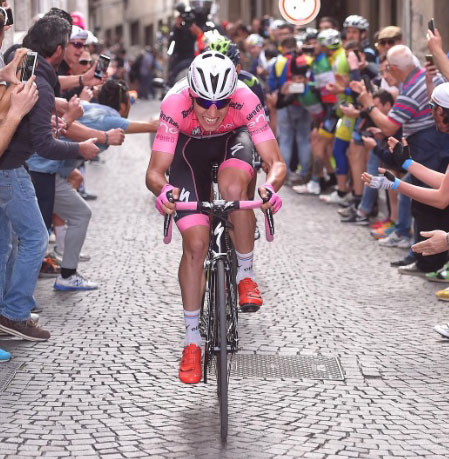 "At the end I tried to gain as many seconds as I could in order to keep the Maglia Rosa as long as I can." - Bob Jungels 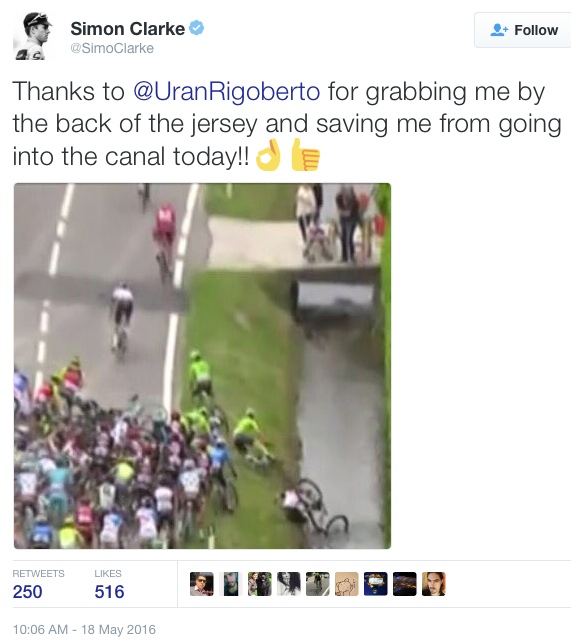 The above image is murky, Simon Clarke is saved by team mate Rigoberto Uran. Leigh Howard falls into the canal left to fish for his sunglasses.