Canucks for the Tour of Alberta, Hesjedal's gravel love 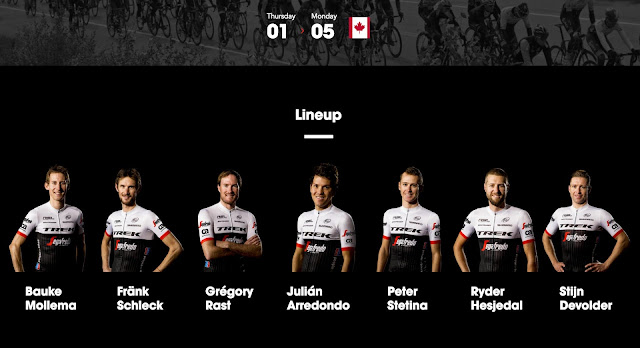 Ryder Hesjedal will ride tomorrow's fourth Tour of Alberta as his last stage race before he retires at the end of the season. Also, Frank Schleck is riding his final season. But, before the final curtain falls for the two veteran riders there's work to be done in defense for reigning champ teammate Bauke Mollema. Expect plenty of action and added incentive for Hesjedal to animate, like his old self, and win a stage. I'm marking an asterisk for stage 3, the gravel sections from Rocky Mountain House to Drayton Valley for Hesjedal. I'm hoping he'll bring back some of his brilliant form... 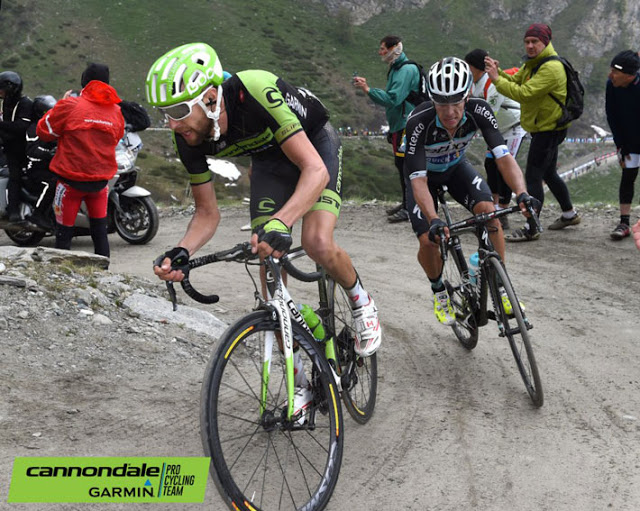 ToA is a good showcase for Canadian riders to strut their stuff too. Michael 'Rusty' Woods is back after his crash in La Doyenne and if he's in form a stage win is in the cards for the climber. For certain the Canadian Siber team is HOT. Coached by former professional, Gord Fraser they've amassed success; Ben Perry (KoMs last season), Kris Dahl (Tour of Utah stage), Matteo Dal-Cin (Redlands Classics) and Ryan Roth (national TT champ). Rob Britton (2015 Tour of Gila) should shake it up in the mountains and I'd would like him to win a stage. And, Antoine 'Tony the Tiger' Duchesne is leading Team Canada Development team. Duchesne was the only Canadian in this year's Tour de France finishing 107th and winning the KoMs in Paris-Nice.

There you have it, my list of Canadians who surely will do their best in the ToA!