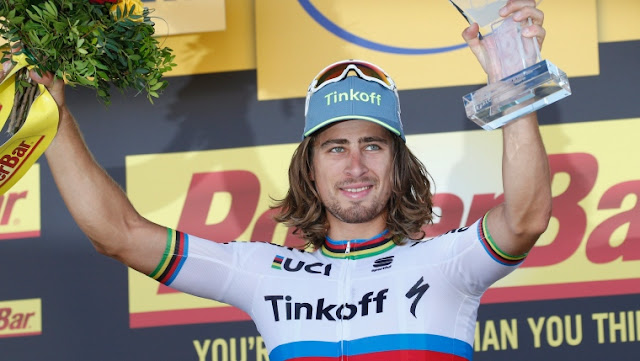 The world champion will be back.

For Canadian cycling fans it's a certain sense of pride to have the only World Tour races in North America and our home grown talent to challenge: Ryder Hesjedal (3rd 2013 Montreal), Antoine Duchesne (8th Tour of Alberta) and Hugo Houle.

Timing is wrong for me, although, I'll be making a business trip to Montreal this Thursday, unfortunately I will not have the chance to see both live. Instead, I'll be home working on custom caps and will follow both races online. Next year for sure.