Friday File: Bring on the cobbles! The ascension of Hugh Carthy

A Flanders Classic is coming soon.


I'm looking forward to the first big Belgian cobble classic of the season: Omloop Het Nieuwsblad! It will be held on February 25, the 72nd edition and the first time the race is included in the UCI World Tour calendar. Here's the provisional start list here. And I have included last year's exciting race for all to enjoy because Flandrien time is cobble classics time! 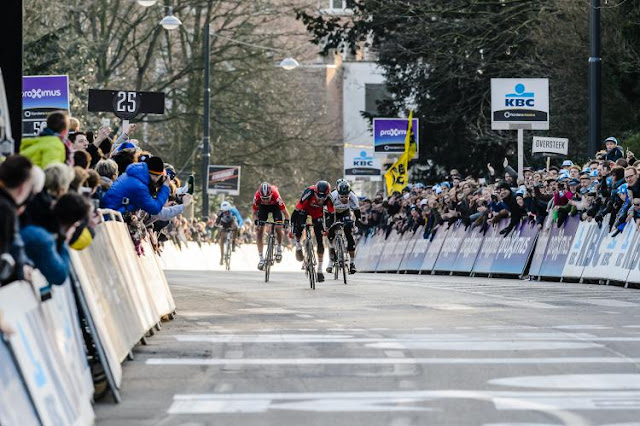 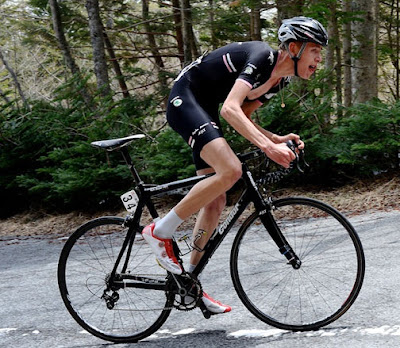 Hugh Carthy... never heard of him? Well you will soon. He's the young and talented British rider (22 yrs old) moved to northern Spain on his own, two years ago, to ride for second tier team Caja Rural Seguros RGA. Learned Spanish and made a mark in the Basque country. Last year the little known British climber mixed it up with some of the best riders in the world in the Volta a Catalunya. Finishing a superb ninth overall behind Froome and ahead of Uran, Aru and scooping up the best young rider award. At the Route du Sud he scrapped against Quintana on the fourth stage. Only to be mugged by Movistar duo Quintana and Soler taking the stage. Carthy finished behind Quintana in third. His two year contract with Caja Rural expired and was feted by teams. He was bold and brave to decline the British behemoth Team SKY for the smaller squad, Cannondale Drapac.

Cannondale Drapac DS, Charly Wegelius said, "Beyond his results, the thing that really impresses me about Hugh is the way he's gone about achieving what he's achieved. He's done it the hard way. In a world where riders from Great Britain are wrapped up in the bubble of British Cycling, he went out and made a go of it in Pamplona and raced with a small team."

"I'd say my ambition for the future is to feature in grand tours. That's my long-term objective. And to be a good domestique for someone to go for the general classification. But I see my career in grand tours. Stage races. Hard, long stage races," Carthy said.

Cannondale Drapac CEO Jonathan Vaughters said, "In my opinion probably the best young stage racing talent out of the UK, if not period."

I already have been following talented Hugh Carthy's exploits and admire this young man's accension in cycling. Now I look forward to his next exploits in the World Tour level. I think it will be fun to watch his ever rise to the top!