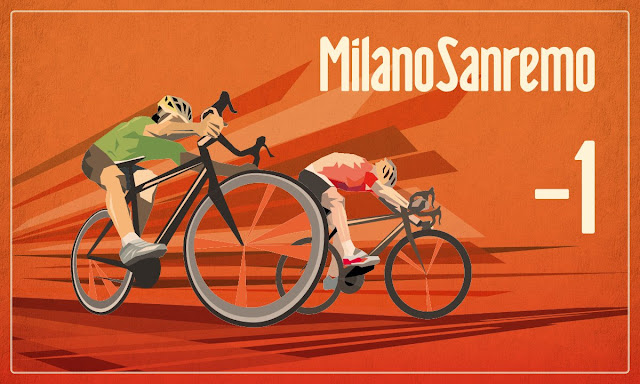 The first Monument of the season rolls out tomorrow. And, with Spring officially beginning Monday  it's time for Milan-San Remo. Despite being known as the 'sprinters classic', the race is not a straight beeline to a group sprint, instead its long, winding route, exciting finish, and the fine balancing act it requires riders to go between sprinting and attacking. 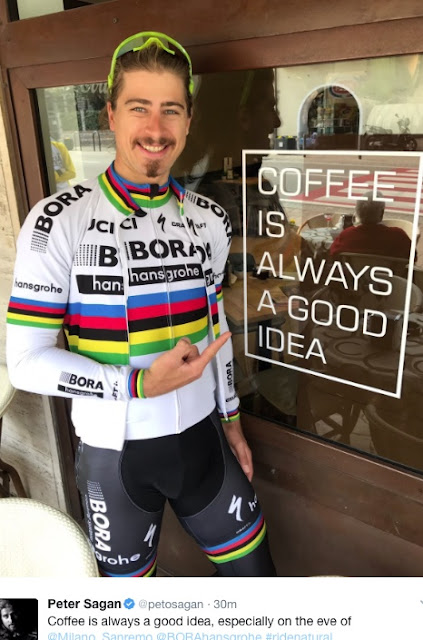 It's hard not to pick Peter Sagan to take the bow as his early season performance reflects... Winner of his first Kuurne-Brussels-Kuurne, 2 wins and six podiums. His clash with Fernando Gaviria on Stage 6 of Tirreno-Adriatico could signal another showdown in San Remo. Ben Swift is another sprinter that holds promise to win the Spring Classic. Now with the new UAE Team Emirates he previously finished in second and third places in 2016 and 2014 respectively. 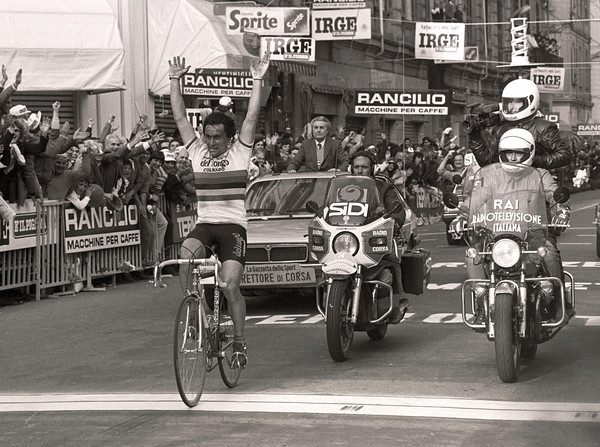 'Milan-San Remo is the dream of every young Italian kid when they start cycling. My advice to Ben is that if you want to win Milan-San Remo, everything must be perfect: from your training the day before, to your dinner choice. You need to be on your best game and be focused to avoid common mistakes that can throw you off. The nature of the Milan-San Remo route means that a lot of riders can tackle it which makes for such an exciting race as all riders need to put their best performance forward.' 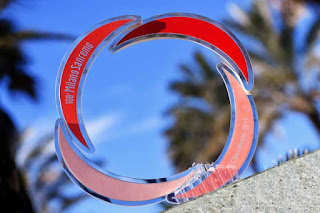 'I hit the target of the Classicissima after a series of unlucky attempts, but I did it in the best moment, when I was wearing the rainbow jersey as World Champion. It was 1983, I still remember the moment vividly, and crossing that iconic finish line in Via Roma in Alassio was a highlight for me and an achievement. Milan-San Remo is charming because it is a pure cycling challenge to a distance of 300 km, it is an unpredictable race with a long plot and an epilogue that is often a sprint, but everyone wants to change this epilogue and tries hard to obtain a place on the podium.' 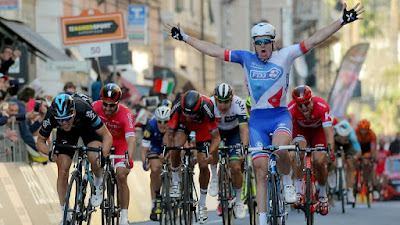 And, just one more look back at the 1982 M-SR. The unknown Marc Gomez, just three months turning professional captured his Monument as compatriot Alain Bondue fell, he freewheeled solo to the finish line... 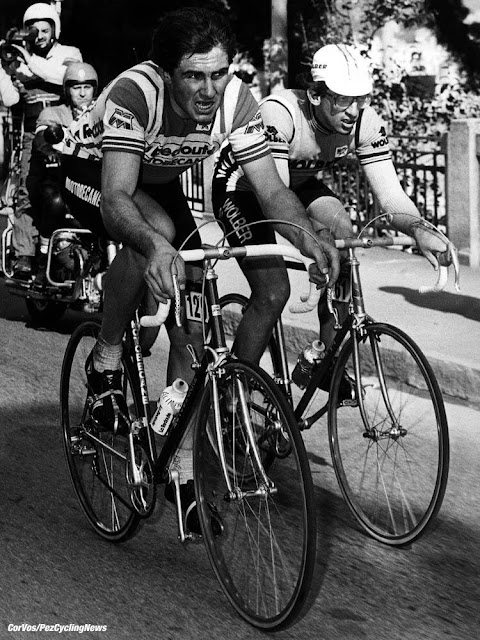 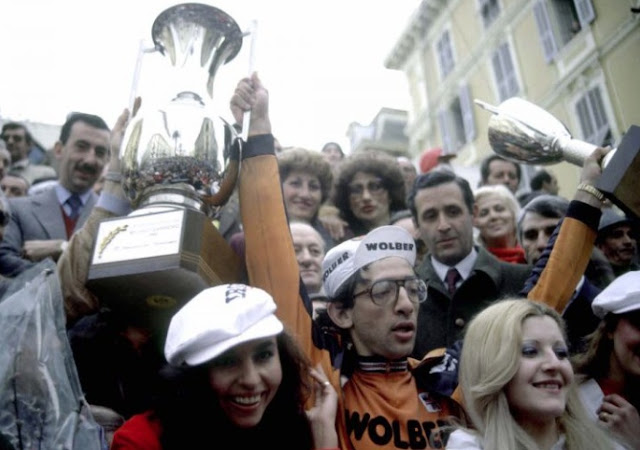