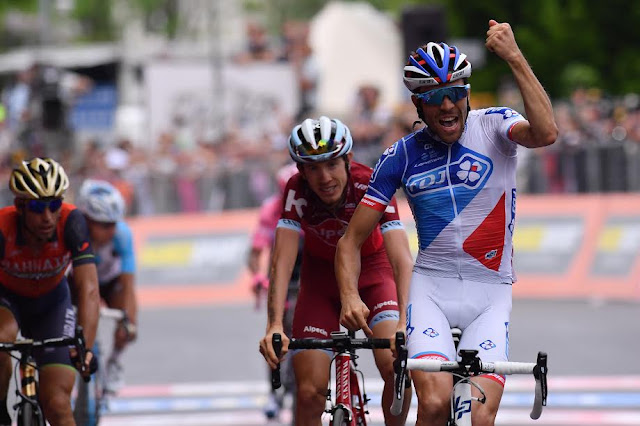 "A stage victory is not more important than riding for GC but this is why I'm a bike rider."
- Thibault Pinot "I killed myself today to do what I did. I will always be thankful to Adam (Yates), Bob (Jungels), Bauke (Mollema)!"
- Tom Dumoulin

"It's not won yet, but today was very important. Tom did what he had to do today. Normally, he can take back time. He recovered well, and had a good mental attitude. Tomorrow it's all in play."
- Luke Roberts, DS Sunweb

"I'll fight for the overall victory but Dumoulin probably remains the favorite. I also remember that Quintana won a time trial at the Route du Sud aheadd of Sylvain Chavanel last year, so he can defend himself. It's be a superb battle. Nobody is able to say who will win the Giro, and that's beautiful."
- Thibault Pinot

"Maybe it's not sufficient to win, but maybe it's just enough. Now we'll play all our cards flat out tomorrow."
- Nairo Quintana 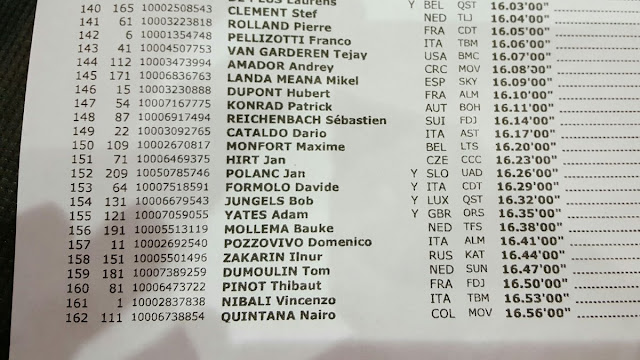 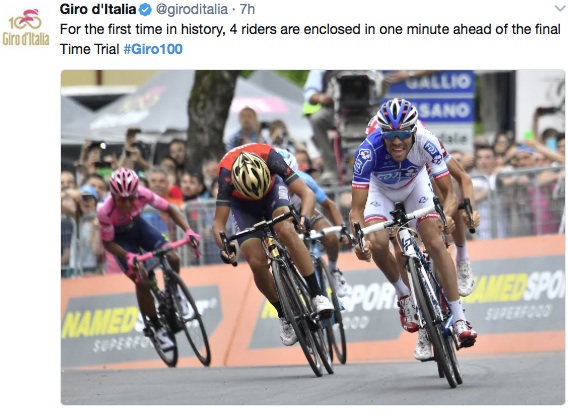 Going to be the 1989 Tour de France battle Fignon/LeMond
drama but with four instead. 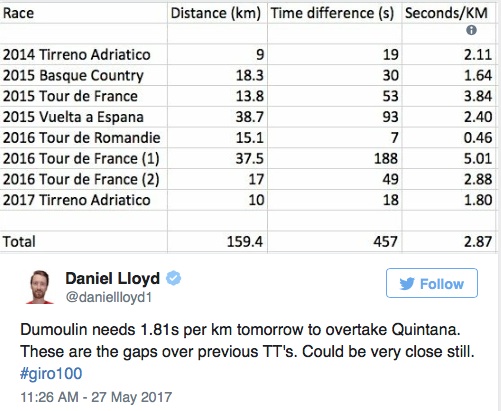