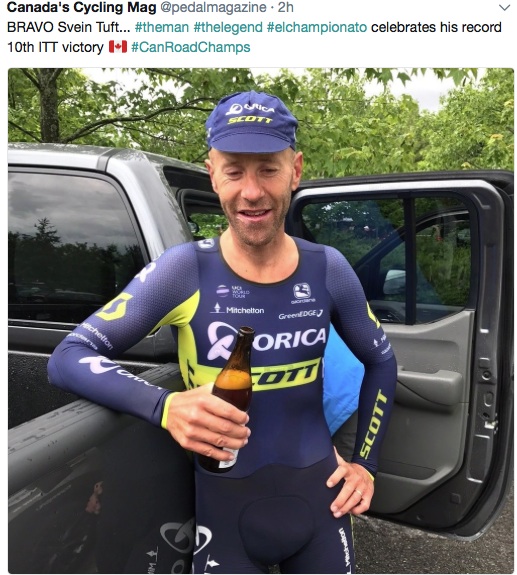 Cheers! to the forty year old champion, he definitely deserves that beer.

"Last year, I came by taking the race lightly. I thought I could win and it was not. I then realized how much the level had increased here."
- Svein Tuft