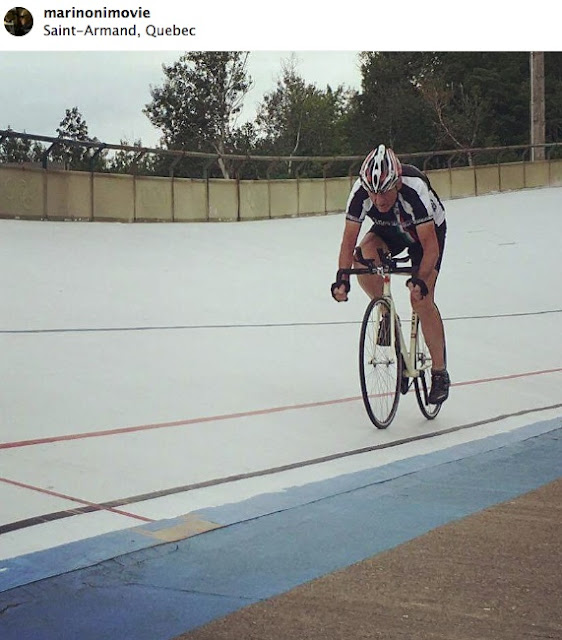 Legendary master frame builder, champion cyclist, and wild mushroom lover, Giuseppe Marinoni is busy preparing for August 19.  He will go for his second hour record victory at the Mattamy National Cycling Centre in Milton, Ontario. I'm rather proud of him, I'm belong to the huge fan base as a proud original owner of my 1987 Marinoni which I continue to covet and ride today. When he was 75 he set the world hour record in the 75-79-year-old category for riding 35.728 km in one hour. The challenge? In the 80-84-year-old group, he'll have to beat the current record of 38.657km currently held by Walter Fowler of the UK. In May he flew to Lombardy to begin his training. He won't turn 80 until September, but he is eligible to compete because his birthday falls during the race year.

And, he'll ride the same 1978 classic steel bike (above) he rode for his 2012 hour record and the same bike he made for legend Canadian Olympian, Jocelyn Lovell. 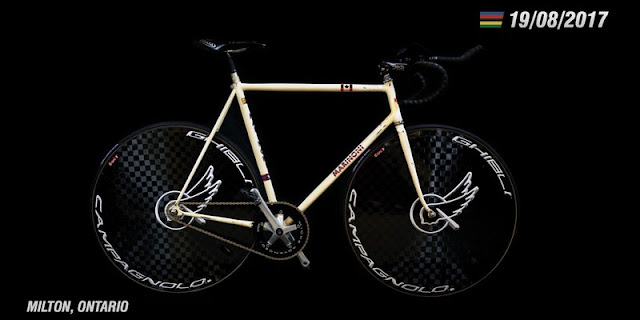 "For me, Lovell was a great fiend and a great champion. I'm going to ride it in his memory."

One of my favorite quotes comes from his wife, Simone: