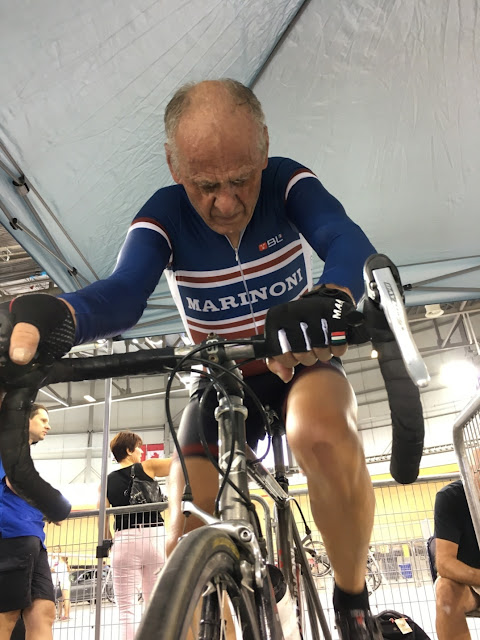 I went out early this morning (to beat the heat) for my ride on my 1987 Marinoni. After my 2 hour ride I pleasantly discovered that Giuseppe Marinoni, on his 2nd attempt at the Mattamy Velodrome in Milton, had broke the hour record: 39.004 km, 156 laps beating the mark of 38.657 km established by Frenchman Paul Martinez. He used the same bike he made in 1978 for the late and great Jocelyn Lovell. Congratulations to the great man!

"He was more disciplined in his preparation. I have decreased his road trips and increased his speed training, because at 80, it's not so much endurance the problem, but rather speed. He was assiduous about computrainer, and his wife, Simone, supervised him. She acted a bit as an assistant coach. Today he followed the race plan and was more focused on the track. As expected, he got ahead early, and then he fought to keep it. Now it's settled until he's 85."
- Eric Van den Eynde, coach. 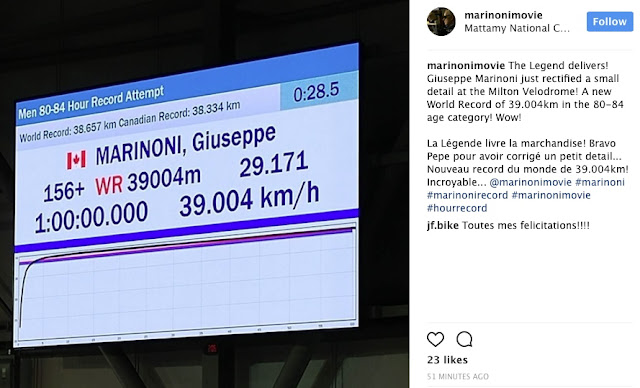 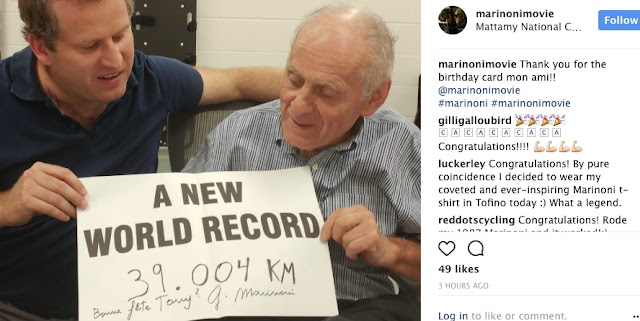 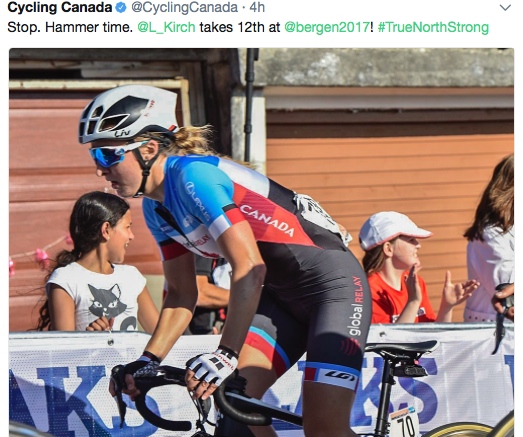 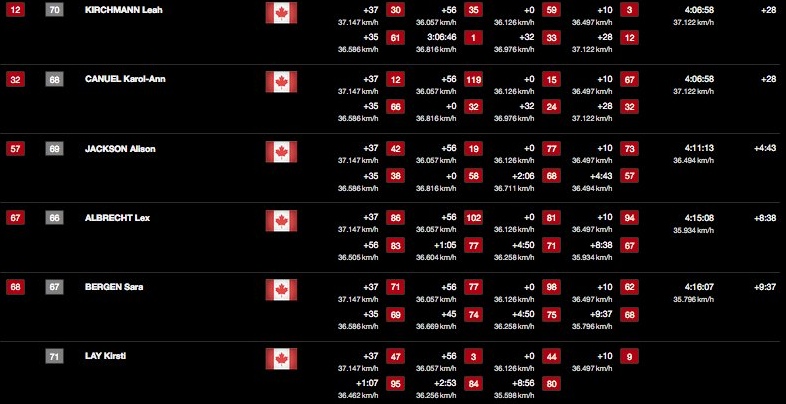 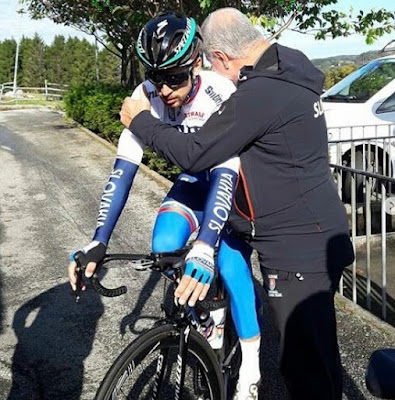 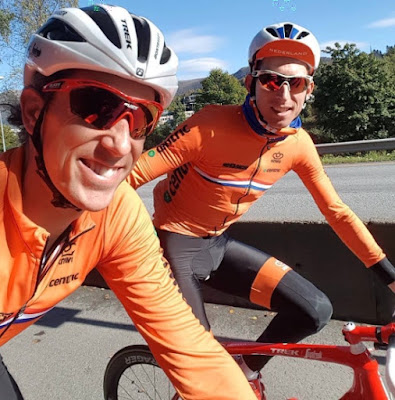