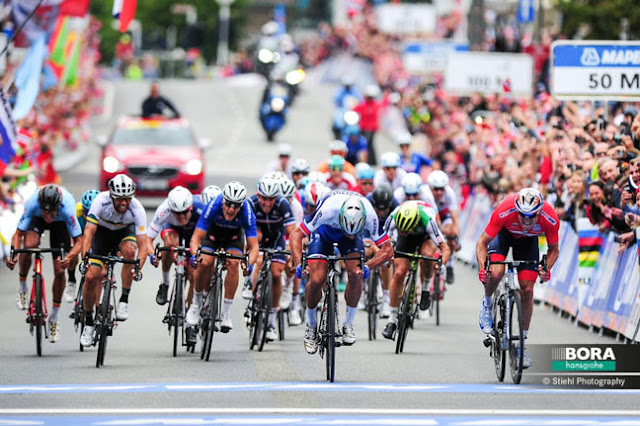 "Kristoff is racing at home, and I'm sorry for that, but I'm happy to win again."


Peter Sagan made cycling history by winning a third straight world road race title in Bergen. A seven hour marathon or wearing down process remarked by Pete Kennaugh of Great Briton. There was little action until the final lap with the final climb of Salmon Hill. I just returned from my early morning ride to avoid the unusually hot temps (+30s C) here in the Ottawa Valley. I settled in to watch the last two hours or so. Julian Alaphilippe and Gianni Moscon reached the top of the climb and looked good and then the lead moto image was cut. The final finish cameras picked up the action and the pair was caught as Kristoff took off with 300m to go. I've heard the commentators mentioning Sagan but he is the master of lying low until he pounces. He was the only one strong enough to chase down Kristoff and perform the coupe de grace. What a classy win for Peter Sagan right into the history books. 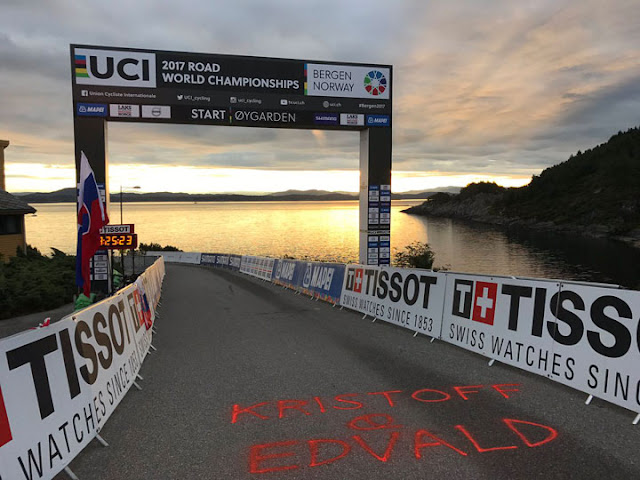 "You always want more. I have to say a really special thanks to Owain Doull and Jon Dibben. I had a bike change at a really, really bad moment and they bought me back incredibly well. Luckily it all came together in that final 600m. I got into a decent position but those two sprinters out front... it was hard to catch them."
- Ben Swift, 5th place.

"You are a hard man to beat."
- Alexander Kristoff 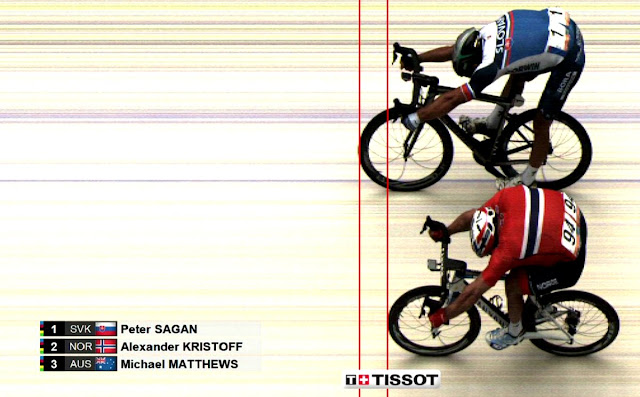 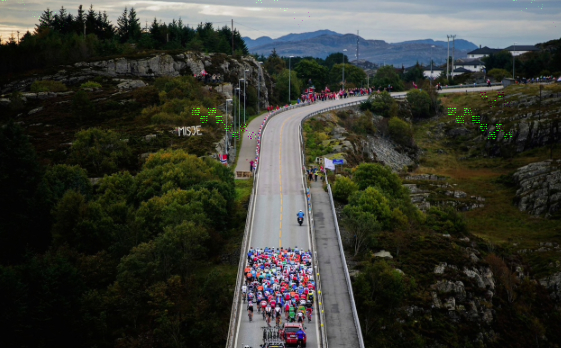 Peter Sagan is true class dedicating his win to the late Michele Scarponi.