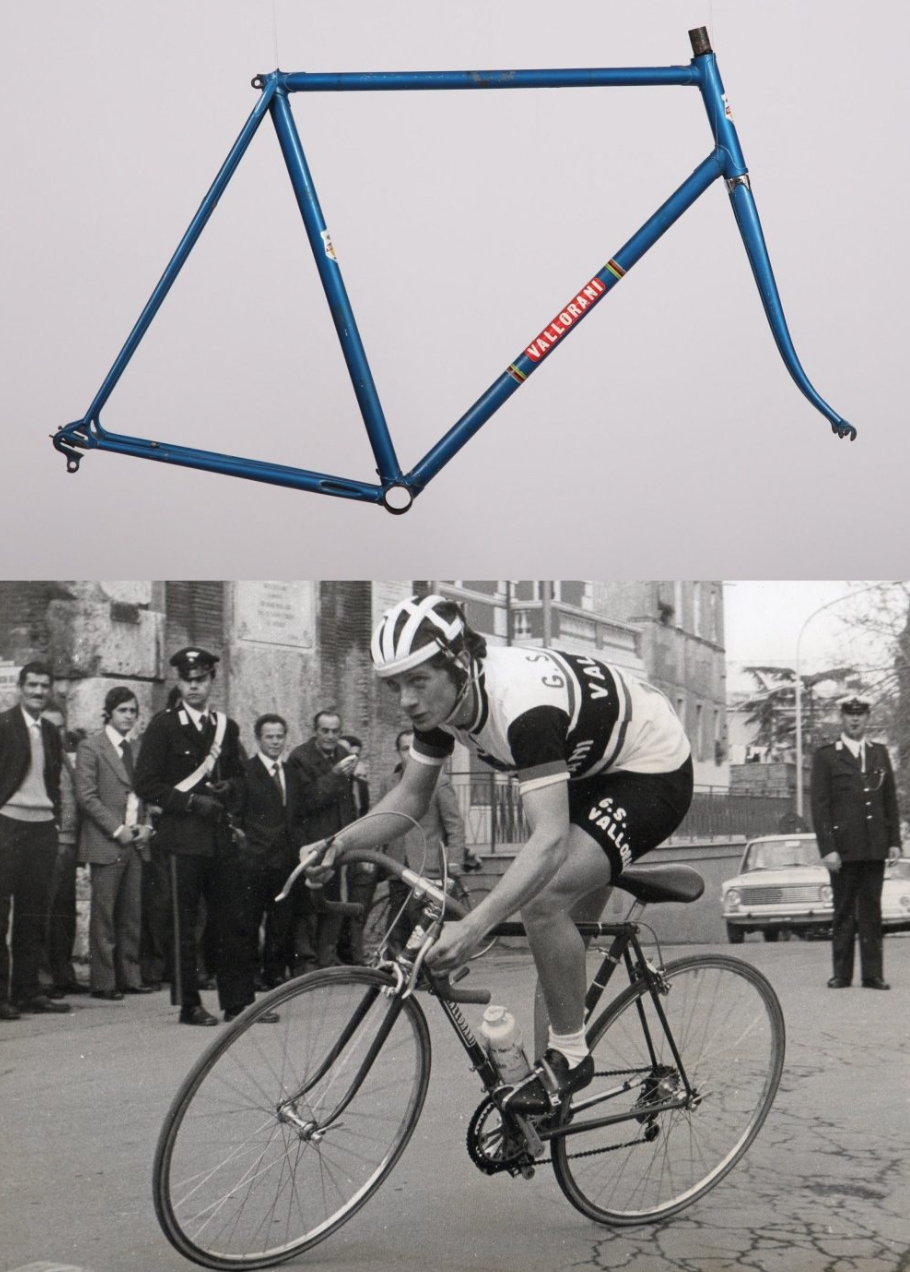 Robert Haines, from California, purchased a Custom Colour Cycling Cap from Red Dots Cycling to match his Vallorani frame. In fact, he plans to wear the new cap and ride his Vallorani in next month's Eroica California event. I have a love affair with Italian bicycles especially the vintage ones. It has to do with the craftsmanship, lug work, attention to detail and history. My 1987 Marinoni is my bike that I continue to ride. And, if I had the chance, I would go for another vintage Italian frame.

I want to thank Robert for this insightful and rare look to the Italian Vallorani team frame!

Well, Vallorani is still something of a mystery. Bruno Vallorani was a fairly important person in the Italian cycling world since the '50s (the head of his state's division of the Italian Cycling Federation, a judge at races including the Giro d'Italia, etc.) He was a master mechanic and owned a Citroen dealership and service center. Starting in the late-'60s, he sponsored his own cycling team to compete in races throughout Italy, and named it Gruppo Sportivo Vallorani.  But he wasn't a framebuilder, so I haven't yet figured out where he sourced the team's frames. Mine (from '72, AFAIK) and the few that I've seen photos of, have Prugnat lugs with heart-shaped cut-outs, Campag drop-outs (microadjusters on the rear), minimal braze-ons, etc., and appear to have been commissioned from a builder, rather than obtained from stock, and none were available for resale. I'd love to be able to ask Sig. Vallorani, but alas -- he died a few months ago. So for now, it's unknown who the builder was, but it's pretty likely that they were in the Rome area.  Attached is a photo of my frame, and of one of the Vallorani team members riding in the '73 Tirreno–Adriatico.