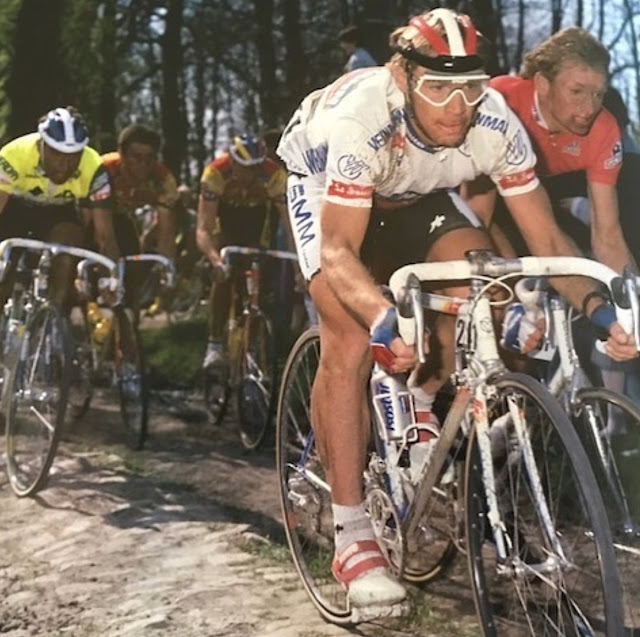 I remember Dirk Demol winning this edition escaping with Thomas Wegmuller at the Carrefour de l'Arbre for his greatest victory of his career. Steve Bauer rode well too finishing in eighth. Here he leads Adri Van de Poel with Eddy Planckaert following. Two years later was another story as it was Planckaert over Bauer by less than an inch in the sprint. Planckeaert admitted later to being on EPO for that Roubaix - but it wasn't a banned substance then.