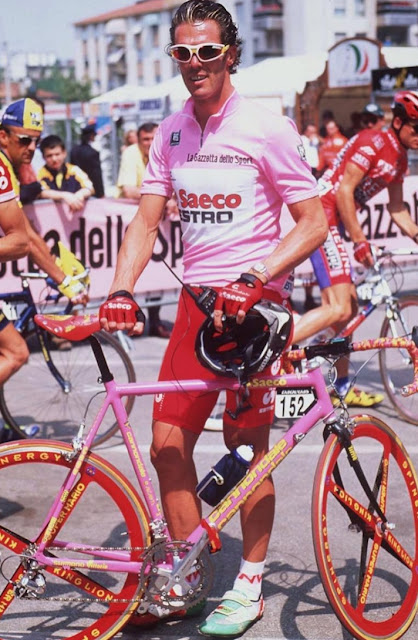 The ever stylish Lion King will dominate the sprint classification and,
for the first two, stages wear the Maglia Rosa, 1997 Giro d'ltalia. 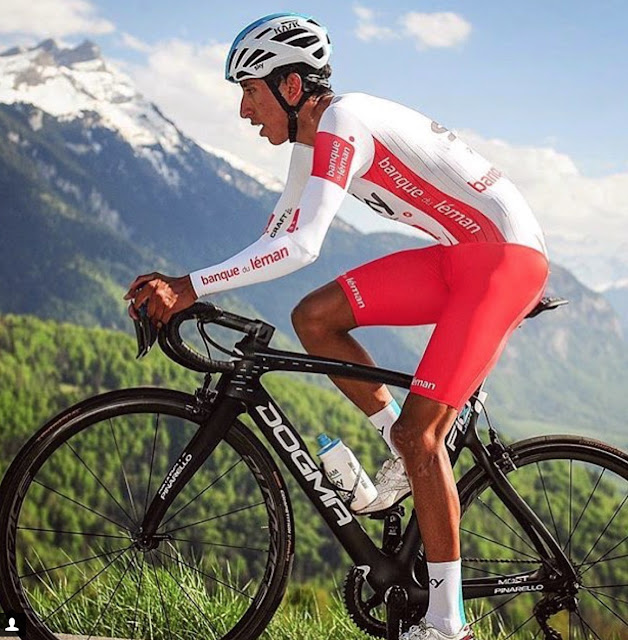 Blowing away the competition.

Brilliant since the beginning of the season, Egan Bernal was sixth in the Tour Down Under and winner of the Colombia Oro y Paz. The Colombian achieved his first World Tour victory winning the Ollon to Villars TT in the Tour de Romandie. He crushed the competition. Only Primoz Roglic (4 secs) and Richie Porte (18 secs) were able to limit the damage. What a return back to racing since his broken clavicle on the Tour of Catalonia.

With only two stages remaining, Bernal sits second to Roglic and Saturday's stage has five passes the perfect playground for the 21 year old Colombian.

"I'm not surprised because of his mentality and his natural talent. I do not know if he will win this Tour de Romandie, but this Egan Bernal could do great results in the Giro. In a way, I regret that he is not at the start of the Giro d'ltalia with us. A few years, he will be on the final podium of a Grand Tour." 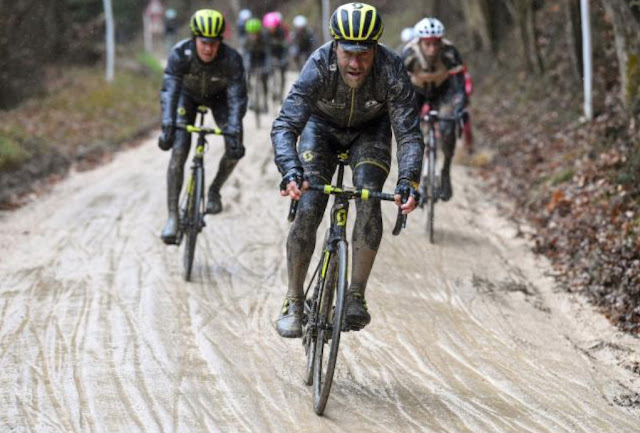 Grinding it out:
Svein Tuft in this year's Strada Blanche.
via Bettini

It's sad to hear that Svein Tuft will retire at the end of this season. He will turn 41 in May and is the oldest World Tour rider. It's special seeing him riding and performing so well but there comes the time to say it's over and to move on. I'm especially glad he will ride the Giro as his last Grand Tour and grind it out one last time...

"I haven't said it 100 per cent but I think this will be my last year and my last Giro d'ltalia. I've been doing this a long time now, so that's a bit daunting to think about as it's been a big part of my life, but I'm also excited about part two. I have a son, he's six months old, and there's real importance in that. It's more than racing.

"The Giro is always a special one because it's a beautiful race but it's also one of the hardest. Our team is always growing and developing and now we have two GC capabilities. It's a lot of work but I enjoy that aspect of it, and trying to help those guys out."